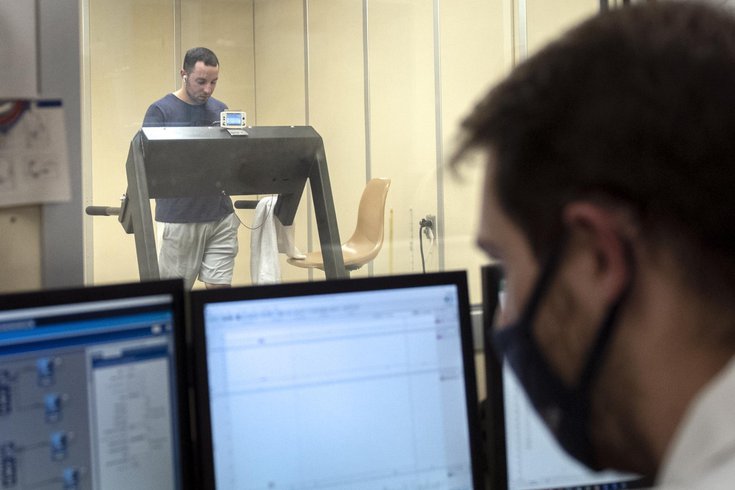 Heat-related deaths are sometimes an underplayed health threat compared to common disease risks and other threats inherent to our way of life, like driving a car.

Deaths from heat exhaustion and heat stroke most often occur among older people and those who are left vulnerable because they don't have access to air conditioning. For the most part, these are considered preventable deaths because precautions can be taken and communities can remain aware of dangerous heat waves.

Longer-term concerns related to climate change have encouraged some researchers to look more closely at the potential survival limits for humans in the event of a world in which temperatures are significantly higher, especially during extreme weather events. The heat dome that caused temperatures to surge as high 120 degrees, in the Pacific Northwest last June, with ground soil temperatures as high as 145 degrees, is a good example of how out-of-whack the deviations from a rising baseline can become.

At temperatures that high, heat exhaustion and heat stroke are serious risks with anything more than short periods of exposure.

How well humans can adapt to extreme heat is not as straightforward as the air temperature reading on a thermometer. The more humid an environment is, the harder it is for sweat to evaporate and for the body to cool down.

High heat and humidity impair the our ability to regulate internal temperature, leading to hyperthermia at around 104° degrees and death with prolonged exposure and no medical care.

At Penn State University, a recent study published in the Journal of Applied Physiology found that previous estimates about what humans can withstand are probably too optimistic.

The general belief has been that humans can survive a wet-bulb temperature of about 95 degrees, which equates to 95 degrees at 100% humidity or 115 degrees at 50% humidity. That temperature was most recently confirmed in 2020 in a separate study published in the journal Science Advances.

The Penn State research team conducted a series of experiments that put this figure a bit lower — closer to 87.8 degrees wet-bulb. That would be equivalent to an 87 degrees air temperature at 100% relative humidity, or roughly a 105 degrees air temperature at 50% relative humidity. You can tinker with different values using this online converter tool.

In contrast to previous studies that used theory and modeling, the Penn State study relied on real-world data from humans. The study took 24 participants ages 18-34 and placed them in a specialized environmental chamber with adjustable temperature and humidity levels.

Each participant would perform light physical activity, such as cycling or walking slowly on a treadmill, as the chamber either gradually increased in temperature or in humidity. These levels would be adjusted until the study participants could no longer maintain their core temperatures.

"Our results suggest that in humid parts of the world, we should start to get concerned — even about young, healthy people — when it's above (87.8) degrees wet-bulb temperature," said W. Larry Kenney, a professor of physiology and kinesiology who led the study as part of the PSU Human Environmental Age Thresholds project.

The Penn State team plans to perform similar experiments on older adults in the future, but stressed the results from the initial experiments most accurately indicate what humans can tolerate at their best.

"Young, fit, healthy people tend to tolerate heat better, so they will have a temperature limit that can function as the 'best case' baseline," Kenney said. "Older people, people on medications, and other vulnerable populations will likely have a tolerance limit below that."

The study cautioned that there is no specific cutoff point for survival, per se, because humans have varying levels of adaptability to hot and humid environments. A critical wet-bulb temperature would not cause immediate death, but exposure for at least a few hours would likely prove fatal.

More than 11,000 people have died from extreme heat in the United States since 1979, some as a direct cause and others who died with heat as an underlying cause. The death rate tends to fluctuate from year to year, with an extreme peak in 2006, according to statistics kept by the Environmental Protection Agency.

The urgent need for medical attention and the spikes heat waves can cause at hospitals is just as scary. Washington state hospitals reported 676 emergency department visits for suspected heat-related illness in the midst of last June's extreme heat wave.

"The record-shattering extreme heat we're experiencing is just the latest example of our climate crisis and how it's impacting human health now," Jeff Duchin, a Seattle-based public health official, said during the emergency. "Climate change is a health emergency and reducing greenhouse gas emissions is literally a matter of life and death."

Predicting the future course of climate change is inherently tied to contingencies, which causes models to range widely in outcomes based on projected scenarios for the world's carbon emissions. Climate scientists generally believe Earth will get anywhere from 3.5-8 degrees hotter by 2100, probably landing somewhere in the middle.

Even by 2050, it's anticipated that many Northern U.S. cities will start to feel like Southern cities, and places like Philadelphia are expected to be more humid and rainy.

Since global climate change projections are based on averages, some parts of the world near the equator will tend to see higher temperature increases and cooler areas today will become more temperate. The real danger is in extreme weather events, which could become more frequent and longer in duration.

The Paris climate agreement was centered around a commitment to limit the warming of the planet to 1.5 degrees Celsius compared to pre-industrial levels. If that number were instead to reach 2 degrees Celsius, the implications for human habitability become dramatically worse.