Pennsylvania's temperature will be 5.9 degrees warmer by 2050, climate report says 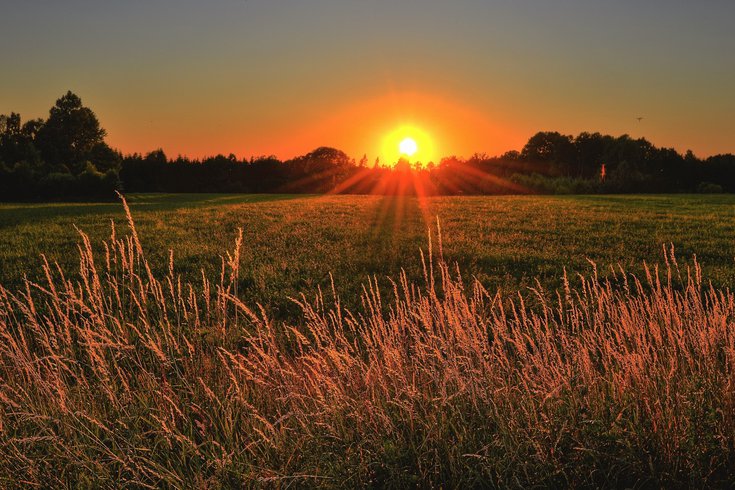 With rising average temperatures projected in the coming decades, Pennsylvania will see more days over over 90 degrees and an increase in heavy and extreme rainstorms, according to a new climate impacts assessment report.

The average temperature in Pennsylvania is expected to rise by 5.9 degrees Fahrenheit by mid-century, a shift that will bring more heat waves and heavy rainfall, according to a climate impact assessment released this week.

The report relies on federal, state and local data to project climate trends in the decades to come if significant actions aren't taken to reduce greenhouse gas emissions.

"On our current path, the Pennsylvania our children and grandchildren inherit will be very different from the one we grew up in and continue to enjoy today," Governor Tom Wolf said. "We simply cannot afford to ignore the warning signs, and this report underscores the critical need to take action to reduce emissions and do our part to address climate change."

The average number of days over 90 degrees will increase to 37 in some areas and be as high as 60 in other parts of the state by 2050, according to the report. By comparison, the state averaged about five days annually above over 90 degrees from 1971 to 2000.

The average number of days hotter than 95 degrees will increase from one day to 10 days.

Precipitation is expected to increase by 8%, primarily in the form of more frequent heavy and extreme rainstorms. The average annual precipitation is projected to jump from 44 inches to 47 inches, with warmer and wetter winters.

Flooding and coastal sea level rise are projected to bring water levels about 2.1 feet higher along the 56-mile coastline of the Delaware estuary.

"Data show that Pennsylvania's average temperature has been rising, heavy rainfall events are increasing, and these climate changes will continue with considerable impact on our lives and economy by mid-century," Department of Environmental Protection Secretary Patrick McDonnell said. "Reducing greenhouse gas pollution must be done quickly to stave off the most dire impacts of climate change."

State officials project that the climate changes to come will have a number of harmful effects on public health, agriculture and the economy of Pennsylvania.

Officials also expect that Pennsylvania's recreation and tourism industry will be impacted as forests, ecosystems and wildlife are placed at risk and face new stresses.

The full Pennsylvania Climate Impacts Assessment 2021 report provides an in-depth look at the challenges the state is projected to face in the years ahead.

"State and local leaders must work proactively and intentionally with communities and other partners to reduce the significant risks of climate change and cultivate resources, health supports and other development in communities that disproportionately confront these critical climate issues," Acevedo said.