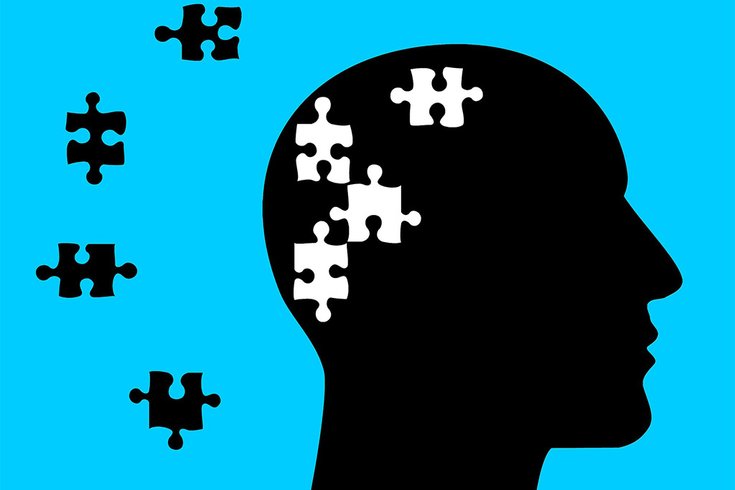 Back in 2008, Mary Hogden was homeless, living on the streets of Berkeley, Calif.

She landed in the hospital and then in a boarding home for adults with mental illness. But her big break came when she started volunteering for a mental health program called the Pool of Consumer Champions, run by Alameda County.

Participants, who offer each other support, also advise the county’s behavioral health division on how to better meet consumers’ needs. The county has adopted some of the group’s recommendations, Hogden says.

“People rallied around me when I was unstable and struggling with my mental health,” Hogden recalls.

She didn’t know at the time that the program was paid for by the state’s Mental Health Services Act (MHSA). But after two years as a volunteer, she became a paid staffer and learned that the program wouldn’t exist without that funding.

“I wouldn’t be where I’m at in my wellness and recovery had it not been for the Mental Health Services Act,” Hogden says.

The tax has raised billions, and Gov. Jerry Brown expects it will bring in roughly $1.8 billion in the coming fiscal year.

The act has been “wildly successful” at improving the ability of counties to respond to the mental health needs of their residents, he says.

But counties and the state have faced criticism from the Little Hoover Commission, an independent state oversight agency, and others for their implementation of the law. In February, a state audit accused counties of hoarding the mental health money — and the state of failing to ensure the money was being spent.

Still, there’s no question “these programs have helped hundreds of thousands of people,” says Heidi Strunk, president of the California Coalition for Mental Health.

A 2016 compilation of MHSA-funded programs across the state lists page after page of offerings that address homelessness, suicide, caregivers, veterans, children and dozens of other topics and populations, including scholarships for college students pursuing degrees in mental health.

But what’s available — and to whom — depends on your county. For instance, most programs are for low-income residents, but that’s not true across the board. Unfortunately for consumers, researching county programs and determining whether you or your loved ones qualify may not be easy.

“It’s so hard for individuals and families to know what kind of services are available, especially because there’s no statewide standard,” says Jessica Cruz, CEO of NAMI California, an advocacy group for individuals, and their families, who have been affected by serious mental illness.

“Access is an issue,” Cruz says. “There’s not one singular place to look and see what’s available.”

Strunk’s coalition is advocating for a statewide, interactive map that will allow you to click on your county and see its Mental Health Services Act programs. NAMI California, which compiled the 2016 list of programs statewide, is working on an update, but that won’t be out until this summer, Cruz says. (Check NAMI California’s website at namica.org for the update.)

“We’re still trying to resolve issues with how to get information to the public,” Strunk says.

Until there’s a central information source, you will have to use your research skills, plus a little telephone work.

To get started, Strunk suggests Googling your county’s name and the term “MHSA coordinator.” Then call that person. You can also find your county’s MHSA plan online.

“Each county webpage looks different,” Strunk warns. “Some counties have super user-friendly landing pages, for some counties it’s buried, and some you can’t find at all.”

MHSA programs primarily serve recipients of Medi-Cal, California’s version of the federal Medicaid program for low-income residents, and uninsured people with serious mental illnesses. But there are also services for a broader range of the population.

About 20 percent of Mental Health Services Act dollars are earmarked for “prevention and early intervention,” and these are more likely to serve a wider cross section of people.

Sharon Ishikawa, Orange County’s Mental Health Services Act coordinator, points to OC ACCEPT as one example. The program provides counseling, vocational support and other services to people — and their families — who are confronting challenges related to sexual orientation and gender identity.

“It is open to anybody with or without insurance,” says Dawn Smith, a program manager who oversees several of the county’s MHSA-funded services. “They might have a really high deductible and don’t have a way to pay that or they might not be able to afford the copay.”

But the majority of participants are uninsured, Smith says.

NAMI, which has chapters across the state, operates some MHSA-funded programs on behalf of counties, and eligibility is not based on insurance status, Cruz says.

The program is for people, regardless of income, who have a family member or friend who is struggling with mental illness, a learning disorder or a behavioral problem. Participants can have a one-hour phone call each week for up to 12 weeks with peer mentors who have had personal experience finding help for themselves or loved ones, Fernandez explains.

Fernandez has five children, and two have struggled with dyslexia and attention deficit hyperactivity disorder (ADHD).

Last week, Fernandez spoke with a man who told her he felt suicidal. She stayed on the phone and connected him with the county’s crisis assessment team, then waited until she knew he was on his way to the hospital.

That situation was unusual, she says. More typically, Fernandez helps parents of children who are struggling in school, or caregivers who are emotionally and physically spent.

“We assure clients that they are normal and typical for what they’re going through,” she says. “That gives them a feeling of hope they may not have had before.”