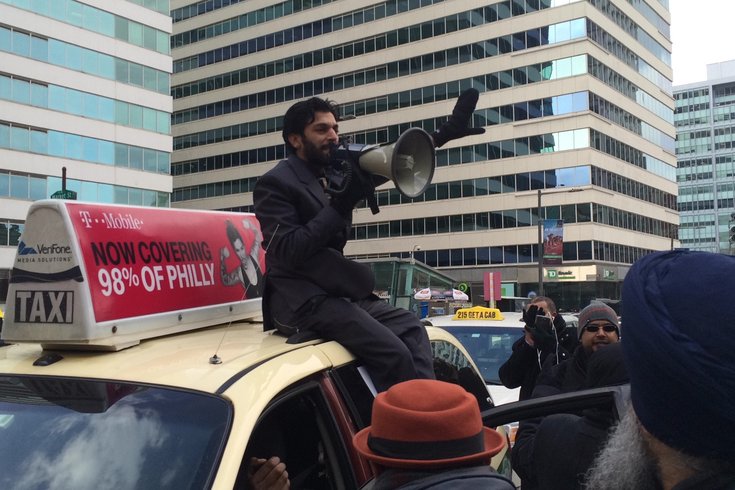 Ali Razak, of the Philadelphia Limousine Association, calls an end to Thursday's protest in front of City Hall.

Philadelphia taxis and UberBLACK drivers are threatening to boycott during this summer's Democratic National Convention, an event that could cause gridlock on the city's streets, CBSPhilly reports.

In 2000, Philadelphia reportedly hosted 45,000 visitors for the Republican National Convention. As of late January, the Democratic National Convention Committee reported 15,000 hotel rooms had already been reserved for the attendees at the convention, with six months still to go at that point.

The threat by the city's taxis and UberBLACK is over what they claim is a disadvantage forced on them by illegally operating UberX and Lyft drivers in the city.

This isn't the first time they've taken a stand to draw attention to what they claim is an unfair practice and encourage change. Just late month, drivers from the groups protested UberX and Lyft at City Hall.