The end is neigh: Another fan punches a police horse before Birds' big win 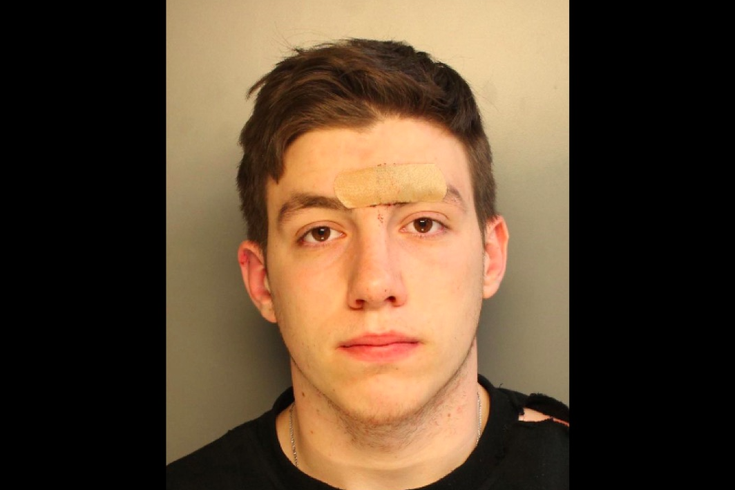 Andrew Tornetta, 19, of Montgomery County, is accused of assaulting a police horse and the officer riding it.

An Eagles fan was arrested for allegedly punching a horse – and the state trooper riding it – prior to the NFC Championship game on Sunday.

That makes it two straight weeks that an Eagles fan has been charged with aggravated assault for allegedly striking a police horse.

The first incident came after a fan was ejected from the Eagles divisional road playoff game. The latter came prior to the Eagles' 38-7 victory over the Minnesota Vikings on Sunday, a win that advanced the Birds to their first Super Bowl in 13 years.

Police arrested Andrew Tornetta, 19, of North Wales, Montgomery County, after he allegedly struck a Pennsylvania State Police horse twice and then socked the corporal riding it.

The incident occurred around 3:15 p.m. as the corporal attempted to dismiss a large crowd of tailgaters who had gathered in lot M5 at Lincoln Financial Field in South Philadelphia, according to police.

Tornetta allegedly refused to the leave the area, prompting the mounted corporal to escort him away from the crowd. Police said Tornetta became "verbally combative" and attempted to pry himself loose by removing his jacket.

When the corporal grabbed Tornetta by his sweatshirt, he punched the horse twice on its right shoulder, police said. Then he allegedly hit the corporal in the face, causing redness and swelling.

Tornetta then began walking back into the crowd, attempting to flee, police said. Fellow mounted patrol officers took him into custody.

The incident was similar to another alleged assault that occurred during the Eagles' victory over the Atlanta Falcons a week ago.

He was ejected from Lincoln Financial Field for being intoxicated and not possessing a ticket, according to police. He then allegedly walked up to a mounted officer and punched the horse in the face, neck and shoulder. He was subsequently arrested.