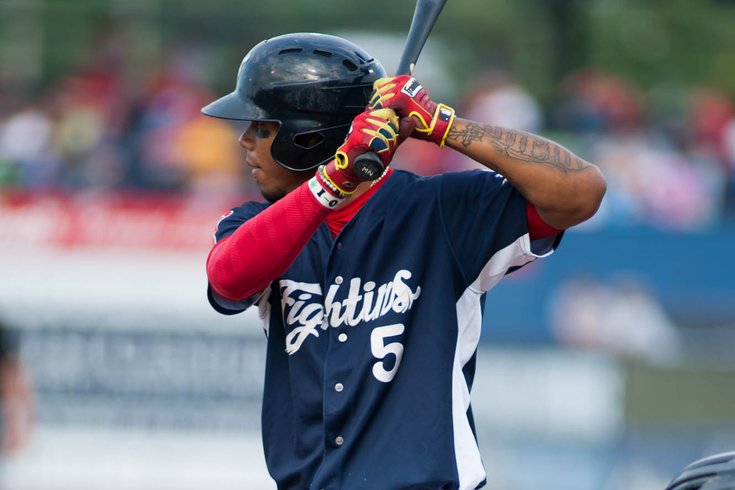 To many, it would seem that their conversations would center mostly on the City of Brotherly Love and their experiences in each of their respective sports.

But in this case, that would be the wrong assumption.

Instead, the three would more than likely be chatting it up about their daughters, each of whom star on their own high school basketball teams and each of them playing within 15 miles of one another in South Jersey.

“I was blessed with a professional athlete as a father,” said Williams. “Therefore his expectation for me is to give 100% effort all the time.”

While this hypothetical meet-up is nothing more than that, the proposed conversation point – on their daughters – is real, and it is what connects the three former players the most.

“I see Mitch and Chris a few times a year,” said Runyan. “When we talk, it usually ends up being a bragging session on how well our daughters and their teams are doing.”

And the three have a ton to brag about.

Runyan’s daughter, Alyssa, is just a freshman at Moorestown Friends where she averaged 9.0 points per game and had a stretch of five straight contests with double-figures. She eclipsed 20 points twice in her first season.

Meanwhile, Williams and Therien’s daughters both play in the Olympic Conference, with Nikola Williams playing on the top seed in Group 4, Shawnee, and Isabella Therien anchoring formidable Cherokee. A senior, Williams is one of the best players in South Jersey, averaging 16.4 points per game. She surpassed 1,000 career points this season for a team that finished 27-4 and advanced to the state finals.

Her counterpart, Therien, is a sophomore who has averaged 12 points in each of her first two seasons. The girls were one Cherokee win away from facing each other in the Group 4 championship.

It shouldn’t be any surprise that all three girls are excelling in their sport. If you ask each one what stands out the most about their game, all three could be mistaken for their fathers.

Flyers fans will recall Chris Therien as being -- like Runyan -- a hard-worker who constantly did the little things right, which is exactly what his daughter does. Likewise, Alyssa Runyan was quick to point out her dad’s physicality and blue-collared approach, which made him such an easy-to-root-for player with the Philadelphia fans, as something she strongly owns.

“I have grown up in an environment in which I witnessed the hard work ethic my father possessed in order to be one of the best players on the field,” said the younger Runyan. “I guess that trait stuck with me. In order to succeed in my own athletic career, I must work hard for it, just like my dad did.”

Then there’s the Williams’.

Phillies fans may recall the antics of Mitch Williams and his willingness to do whatever it took to win the game. His daughter is no different.

“My competiveness and overall mental toughness I got from my father,” said the younger Williams. “And ultimately I fear nothing when I walk on the court.”

Her father recalls when his daughter, who grew up with four brothers, would come inside with a bloody nose after playing with the boys, demanding her mother to “jam some tissue in her nose” so she can get back out there.

In that case, and for the other two father-daughter pairs, the apple doesn’t fall from the tree.

Living in a shadow?

It seems like having a parent with the athletic prowess of a professional athlete would be a good thing. And it is, but with it comes expectations.

“I wouldn't say it's pressure,” said Isabella Therien. “But, yes there is a level of expectation because I am the daughter of a professional athlete and I'm sure it's the same with Nikola and Alyssa.”

Nikola Williams has a similar attitude, although she feels it more from her father than feeling like others expect her to succeed.

“I was blessed with a professional athlete as a father,” said Williams. “Therefore his expectation for me is to give 100% effort all the time.”

All three girls know what it takes to win thanks to their fathers. And all three, like their fathers, know that with expectations always come mistrials, perhaps losing a game here or missing a shot there. But that comes with the territory and is something that Nikola Williams, for example, understands.

“I've never been afraid of failure,” said Williams. “But I've acquired an absolute hatred for it.”

Alyssa Runyan has yet to face any of the other two on the hardwood yet, but Therien and Williams have been fortunate enough to face one another.

“[Isabella and I] talk about basketball all the time and there's certain dynamics of the game that we really connect on,” said Nikola Williams “But having our dads as professional athletes brought us to a deeper level right off the bat.”

While they enjoyed the competition against one another on the court, their fathers enjoyed the opportunity on the sidelines to break down the game.

Last season, Shawnee knocked off Cherokee in the playoffs while Cherokee came out on top this season during the regular season. During those games, the two fathers were actively in discussion.

“I told Bundy [Chris Therien] that I think that Izzy is a better, pure shooter than Nik,” said Williams. “But I haven't seen a girl in high school that is a better defender, or creates more havoc, and turnovers than Nik.”

These are conversations that not many former athletes get to share with someone who has gone through the same rigors they have, let alone with two other former professionals who played in the same city.

“I know that us three fathers have a blast watching our daughters excel,” said Williams. "And all of us know that you may beat our daughters in a game, but it will never be because they didn't give every single thing they had in them to win.”