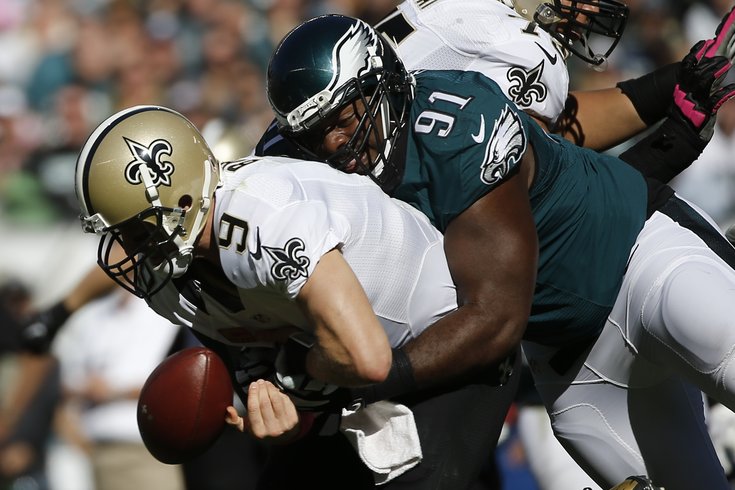 Fletcher Cox is no longer a Pro Bowl snub.

Cox was a no-brainer. He will he make his first career Pro Bowl, and is worthy of first team All Pro honors as well. Cox's stats are good (56 tackles, 7.5 sacks, 3 FF, 2 FR), but certainly not eye-popping. However, there may not be a more disruptive interior defensive lineman in the game this season, barring maybe J.J. Watt, and he finally got his due.

Sproles makes his return to the Pro Bowl after making it a year ago. For the second straight year, Sproles has two punt return touchdowns. Without his punt return TD against the Jets, the Eagles probably don't win that game. Against the Patriots, Sproles helped put the game out of reach. He is a legitimate difference maker who often factors in heavily to the overall results of games with enormous plays.

Peters, meanwhile, is still a good starter in the NFL, but his inclusion may be of the "lifetime achievement" variety, as he has not been the dominant force he once was.

If you could make a case for an Eagle that was snubbed, it would be safety Malcolm Jenkins, who has been tremendous this season, especially considering that he has more difficult responsibilities than most safeties around the league. For example, he was often lined up on Larry Fitzgerald in the slot last Sunday night, and Fitzgerald was held to just 3 catches for 43 yards. On the season, Jenkins has 94 tackles, 3 FF, 1 FR, 2 INT, and a 99 yard INT return of Tom Brady that swung at least 10 points in the Eagles' favor. There was also a case to be made for guys like punter Donnie Jones, and special teams aces Chris Maragos and Bryan Braman.