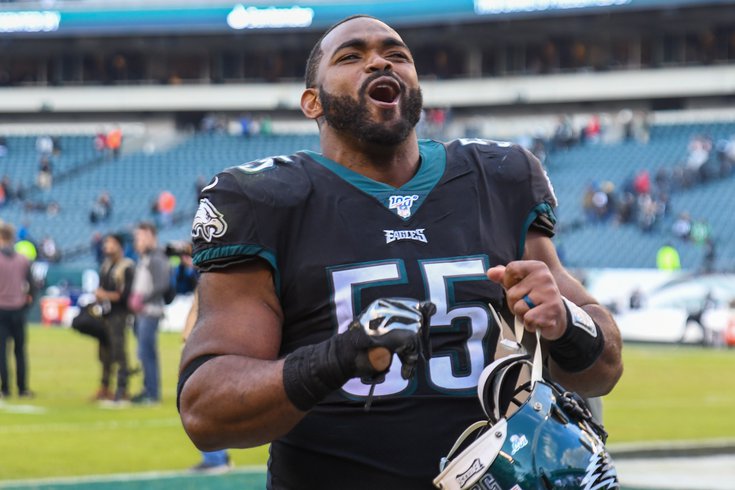 Three Philadelphia Eagles made NFL Network's player-voted Top 100 list this season. They are Brandon Graham (99), Jason Kelce (92), and Fletcher Cox (63). Technically, NFLN only got through players 100 through 41 on their list so far, but it's pretty safe to assume there won't be any Eagles players in the top 40, with Graham, Kelce, and Cox already revealed.

Graham's video is a fun watch, as you get to see him barking at opposing offenses. You have to click "watch on YouTube" below because the NFL apparently blocks their own videos from being embedded on sites other than YouTube. 🤦‍♂️

It's also funny to me that his strip sack against the Giants last season — that I had forgotten about, if we're being perfectly honest — was propped up as if that particular strip sack was some sort of seminal moment in his career.

Kelce was a First-team All-Pro from 2017 to 2019, but he did not make the First- or Second-team All-Pro teams in 2020, likely because the Eagles stunk as a team. He did make his fourth Pro Bowl.

Also, during Kelce's video, it's noted that Kelce has made the list three years in a row. So wait, if my math is correct, he didn't make it in 2018 after the Eagles' Super Bowl season? Lol.

Cox is still viewed as a top player in the NFL by his peers, so, you know, just sayin'.

Thank you as always to NFL Network for providing me with a layup, zero-effort post each year. 🙏