Three free agents who make sense for the Eagles, version 4.0 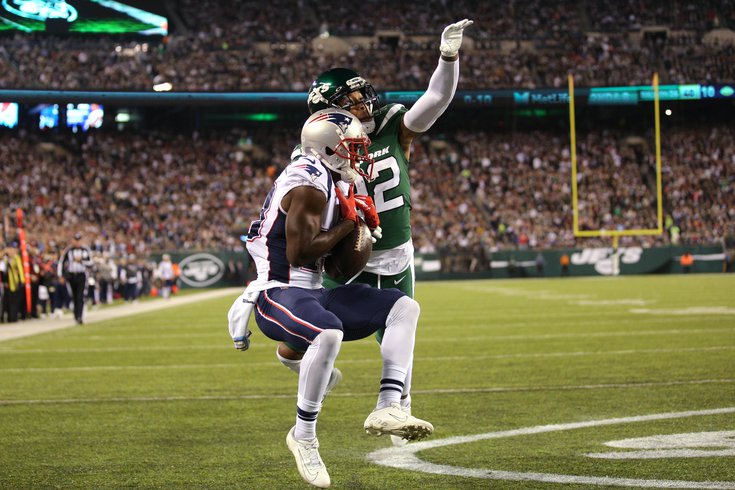 Phillip Dorsett would make sense as a replacement for Nelson Agholor.

Due to salary cap constraints the last couple of offseasons, the Philadelphia Eagles could not go on spending sprees like they have done in the past under Howie Roseman. In 2020, however, armed with some cap space at their disposal, and needing to plug glaring roster holes, the Eagles are primed to make some noise in free agency, as they basically confirmed at the NFL Combine.

To note, in version 4.0, the players are less splashy, as the more high-profile guys who I think make sense have already been covered.

Dorsett's career through five NFL seasons has been disappointing, after his 4.33 speed got him selected in the first round of the 2015 NFL Draft. His numbers:

While not what many projected him to be when he was drafted, in 2019, as you can see above, Dorsett had 5 TD, 4 of which came from distances of 25 or more yards, mostly working out of the slot. He was an explosive player for the Pats at times last season. Here are all of his touches in 2019:

In an Eagles offense that is going to employ a ton of 2-TE sets, they don't need a slot receiver who is going to catch passes in volume.

Dorsett would give them a slot receiver who create matchup difficulties because of his explosiveness. The thought of mixing run and pass with big-bodied 12 personnel and explosive 11 personnel sets should be appealing to Doug Pederson, and Dorsett could be a low-cost, but intriguing role player.

After Davis was lost for the season with a torn labrum after playing just one game in 2019, the Steelers traded their 2020 first round pick for Minkah Fitzpatrick, almost assuredly ending Davis' tenure in Pittsburgh. In 2020, the Steelers' starting safeties will be Fitzpatrick and 2018 first-round pick Terrell Edmunds.

In three years in the NFL, Davis has played in 48 games, starting 41. His numbers:

As you can see, in his three healthy seasons, he had a decent number of tackles, and INTs/PBUs.

Davis was a second-round pick of the the Steelers' in 2016, and he has very good athletic measurables:

He also brings cornerback experience in his background, which we know is a big preference for Jim Schwartz. He played outside cornerback in college at Maryland, though he was probably miscast there.

In a pretty good free agent safety class and coming off a season cut short due to injury, Davis shouldn't command big-time money, and would be a younger upgrade over Rodney McLeod.

MORE: Would the Eagles really consider trading Andre Dillard just to get rid of Alshon Jeffery?

Every offseason, the Eagles bring in linebackers who double as core special teams guys.

This offseason, the Eagles need to find a starting linebacker in free agency, and while I don't believe Pierre-Louis is that, he makes sense an additional LB depth / special teams pickup.

He is known for his ability in coverage, and his athleticism:

Pierre-Louis is a six-year vet who played for his fourth NFL team last year (the Bears), and started competently down the stretch for them in 3 games.

MORE: What should the Eagles expect to pay to trade up in the 2020 NFL Draft?