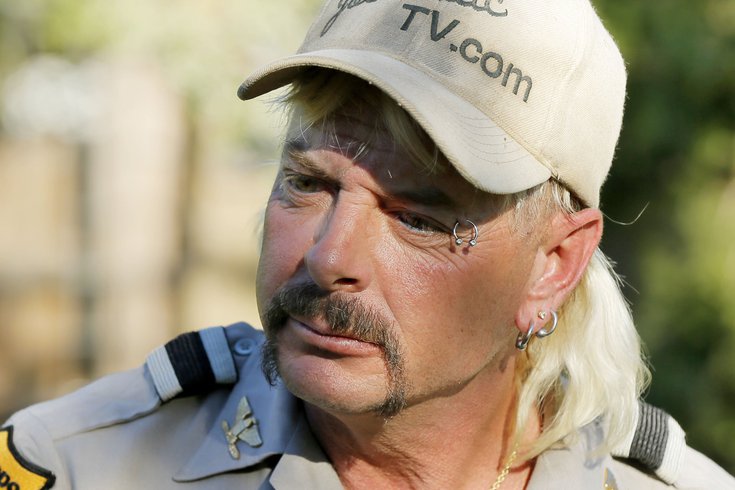 The infamous Netflix star's lawyers were so confident he would be granted clemency that they had a Ram truck stretch limousine at the ready outside the prison where Exotic is serving a 22-year sentence, NJ.com reported.

Yet, Trump did not include him in his final round of pardons announced just after midnight Wednesday.

A pardon allows a person to be relieved of some or all of the legal consequences of criminal conviction. Trump doled out pardons to 143 people, including rappers Lil Wayne and Kodak Black, who were convicted of weapons charges in Florida, and Steve Bannon who was charged with defrauding Trump donors, the Associated Press reported.

The "Tiger King" star not only had a limousine primed and ready to take him to get a McRib at McDonald's, but also had hair, makeup and wardrobe waiting for him, according to KOCO News in Oklahoma City.

The show blew up as people began quarantining in March. More than 64 million households tuned into the series.

Exotic was convicted of violating federal wildlife laws and targeting Carole Baskin, another big cat enthusiast featured on the show, in a murder-for-hire plot. He's serving 22 years in a federal prison based in Fort Worth, Texas.

The news of Exotic being snubbed spread through Twitter with lots of GIFs and limo jokes.

I’m sorry, I can’t stop laughing at the fact that Joe Exotic rented a limo with full expectations of a Trump pardon but freaking Kodak Black got one instead. pic.twitter.com/9KK49VmU34

Joe Exotic was hoping for a Trump pardon and even had a limo waiting, but it was a stretch.