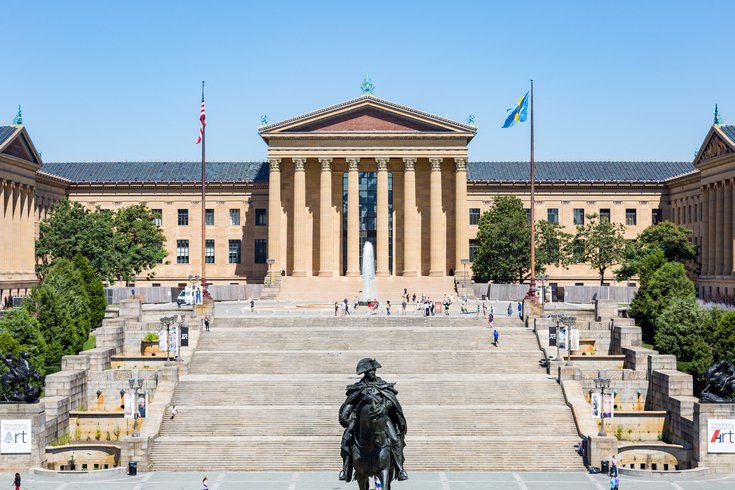 Timothy Rub, the director and chief executive officer of the Philadelphia Museum of Art, announced he will step down from the museum in January 2022 after overseeing a $500 million construction project and the struggles of the COVID-19 pandemic.

The director and chief executive officer of the Philadelphia Museum of Art, Timothy Rub, announced Friday he will step down from his role and retire early in 2022.

Rub spent 13 years as the leader of the museum after joining in 2009 when the former director and CEO Anne d'Harnoncourt died, the New York Times reported.

“It has been a great honor to serve as the director of one of this country’s finest art museums,” Rub said in a statement. “It has also been a privilege to work with a talented and dedicated staff and with a group of trustees.”

He officially steps down in January 2022 and said he will work for the museum on a consulting basis after that. The museum said it is already searching for a replacement, and Board Chair Leslie Anne Miller said the search will cast "the widest possible net for the best possible talent," the Philadelphia Inquirer reported.

His departure comes 18 months after employees of the museum criticized his leadership following his handling of a former manager who was accused of manipulating a female subordinate in exchange for dates, and another accused of physical abuse.

He later apologized for the incident, though the employees unionized last August because of Rub's challenges addressing gender and equality at the museum.

Now, the board and staff members had diversity training and access to an anonymous hotline to report any misconduct.

The museum also appointed its first director of diversity, equity, inclusion and access, Alphonso Atkins Jr., who starts his role in August.

During his time at the museum, Rub oversaw a $233 million expansion and renovation project, the Core Project, that was started by his predecessor, d'Harnoncourt. He said he anticipated staying in the role for 10 years but the construction project timetable kept him at the museum.

"I felt that it was important to stay the course," he said.

Overseeing the museum during the pandemic was a challenge as well. The museum was forced to close its doors amid the COVID-19 lockdown last winter.

The museum announced a 20% staff reduction during the pandemic and anticipated a $6.5 million budget gap.

“We’ve also reached a point — after nearly a year-and-a-half of dealing with the challenges created by the pandemic — where we can see that things are, indeed, getting better,” he told the Times.

Other museum leaders have retired in the past year, including Gail Harrity, a president and chief operating officer, and the deputy director of collections and exhibitions, Alice Beamsderfer.

This story was updated Aug. 5 to include corrected information about the museum's renovation project and the former manager accused of manipulating a female subordinate.