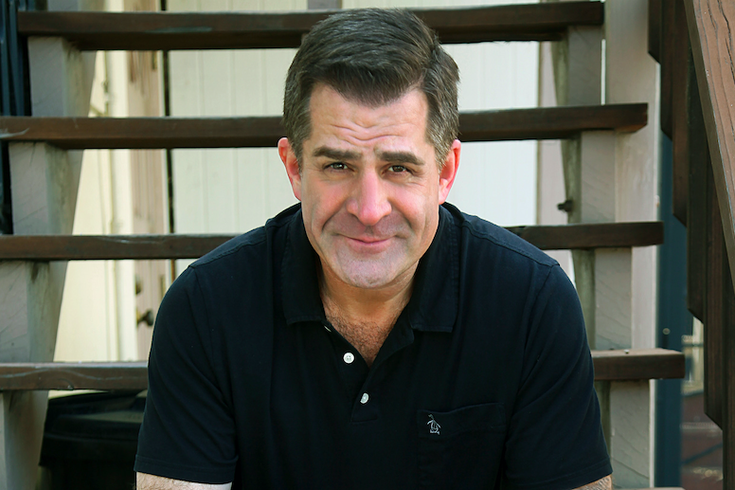 Courtesy of Pulse PR /for PhillyVoice

"For years, there was no comedy club in Philly, but Helium brought it back," said Glass.

When Todd Glass was coming of age a generation ago in Valley Forge, the Conestoga High alum would forsake the bland strip malls lining suburbia for the lively, congested streets of Center City.

At 15, Glass cut his teeth as a comic at the old Comedy Works on Chestnut Street.

“That’s where it started,” Glass says. “I was compelled to do stand-up. I knew I wanted to do this since I was 8. I would stay up and watch Johnny Carson on 'The Tonight Show' and I just loved it. As soon as I could leave my neighborhood, I headed downtown. I learned a lot watching and participating. I soaked it all in.”

After graduating high school, Glass, 53, trekked across the country to Los Angeles to hone his comedy skills and raise his profile via television and film work. “Tough Crowd With Colin Quinn,” “Politically Incorrect” and “Tosh.0” are among his credits.

Glass has resided in Los Angeles for much of his career, but he loves coming back to Philadelphia.

“I’m not just saying that,” Glass said while calling from his Los Angeles home.

“I know everybody gives lip service, but I’m sincere. My favorite comedy club in the country is the Helium venue in Philadelphia. They completely get it there. It’s not a restaurant and a bar that happens to have comedy. It’s a theater where you can eat and drink. It’s all about comedy there. For years, there was no comedy club in Philly, but Helium brought it back. I also love going on [WMMR’s] 'Preston and Steve' show. It’s always fun and unpredictable when I go on. That show is unlike any other radio show that I’ve ever been on. I’m always surprised and I always have a blast and I have a feeling the listeners are having a good time as well.”

It’s apparent that Glass has fun on “Preston & Steve,” but it’s about promoting his six appearances at Helium.

“When you see me at Helium, I’ll talk about what annoys me, what angers me, and what makes me happy,” Glass said.

“You’ll have to show up to find out exactly what’s going on in my mind.”

My favorite comedy club in the country is the Helium venue in Philadelphia. They completely get it there."

One of Glass’ pals is comic-actor Zach Galifianakis. The tandem are shopping a pilot dubbed, "Camping With Todd."

“It’s all about the fun part of camping,” Glass says.

“The worst part of camping is putting up the tents. We don’t have to deal with all of that. It’s all set up for us. We have a crackling fire, musical performances and just a lot of fun. Zach is one of the funniest guys you’ll ever see. He’s so much fun in the pilot. We’ll see what happens with the show. In the interim, I’ll just focus on stand-up. That’s primarily what it’s been about for me since I was a teenager learning my craft in Philly.”

But next week, Glass will be back in California, which he said he tolerates.

“It’s an industry town,” Glass said. “You can learn to enjoy it. It’s so different than Philadelphia. I love how people are into everything in Philadelphia. The passion they have there is amazing. I feel it when I come back home.”