Author: South Jersey has 'a definite atmosphere' for ghost tales 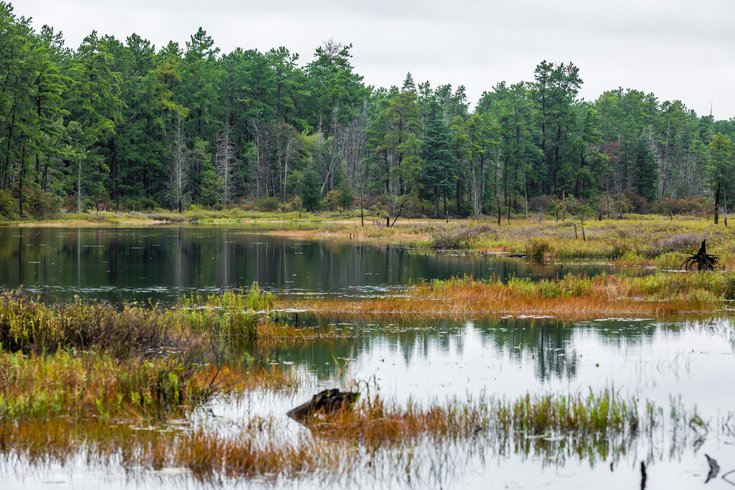 The vast emptiness of the Pine Barrens, as well as history, makes it the creepiest place in South Jersey.

The retort to that question posed in the classic movie "Ghostbusters" goes: “If there's a steady paycheck in it, I'll believe anything you say.”

Which may help to explain the abiding interest in all things ghostly in South Jersey, a hotbed for haunted tales and ghost stories, including the state devil, headless highwaymen, historical figures such as a Hessian officer, and convicted killers.

Author William Meehan thinks he knows why the paranormal is so seemingly present in South Jersey: a healthy preservation of old history, an abiding sense of place, and pockets of isolation – especially the Pine Barrens, and Salem and Cumberland counties in the extreme south – in the most densely populated state in the country.

Oh, and one more ingredient, and perhaps the most important one: “A definite atmosphere.”

Meehan, a huge fan of Halloween, discovered South Jersey's spooky self when he wrote a book about his former hometown: “Haunted Haddonfield: Ghost Stories and Legends of Old Haddonfield.”

The book is available online, or better still at Haddonfield’s Inkwood Bookstore.

Even though the book is now 15 years old, it still sells and every Halloween season Meehan conducts ghost tours for the Historical Society of Haddonfield. (They begin on Oct. 20 this year and you can book here.)

The book contains 40 tales. Since publication, he’s collected another 40, all just in Haddonfield, many of them contemporary ghost tales told to him by the town's well-educated citizens.

But has he ever seen a spirit? Meehan deadpans, “The ghosts are never around when I’m around.”

Meanwhile, here’s a curated list of five public places you can explore on your own – with chills down your spine:

Burlington County’s Historic Prison Museum is on the top of many scary lists, and there are many other Mount Holly locations said to be haunted. 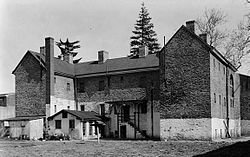 The jail is Mount Holly has the spirits of convicts and murdered jailers, according to some.

The High Street prison is run by the county, which goes so far as to list paranormal investigation excursions on its official government website.

The stone and cement prison dates back to 1811. The spirits of several murdered guards and several prisoners who were hung, and then sometimes buried at the prison, are said to be the chief spooks.

Meehan likes the mix of history and horror that is Haddonfield is general, and when it comes to public places, he’s big on the Historical Society’s Greenfield Hall and adjoining buildings. 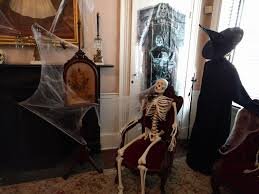 Haddonfield has about 8o ghosts, according to one author, who conducts tours.

The quaint Quaker town isn’t quite ready for the “Human sacrifice, dogs and cats living together... mass hysteria!” predicted by Bill Murray’s character in “Ghostbusters,” but it sounds kinda lively in a ghostly sorta way.

But since Meehan leads ghost tours from Greenfield Hall and a haunted mansion tour is set for Oct. 30, we’ll skip the spoilers.

CAPE MAY, ESPECIALLY THE PHYSICK ESTATE

The Victorian town at the shank-end of the Jersey coast apparently vibrates with paranormal presence.

Places often cited are the Washington Inn restaurant, the Southern Mansion Bend and Breakfast and the Angel of the Sea. The town’s been doing ghost tours for decades. 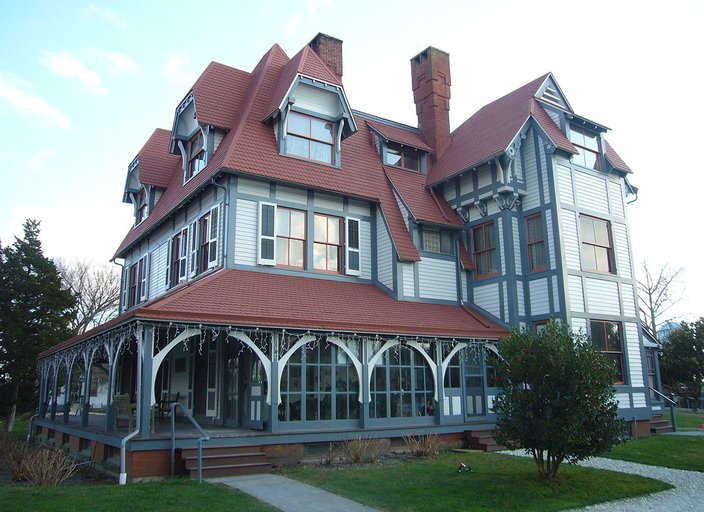 The Physick estate is supposedly haunted and also is the starting point for ghost tours in Cape May.

And so it should be no surprise that the home of the Mid-Atlantic Center for the Arts & Humanities headquarters at the Emlen Physick Estate is the center of all things ookie.

The estate is something like a spook guest house: There’s Emilie, Bella and Frances, all members of the Physick family, as well as several dog spirits. There are multiple tours offered.

Abby is a personal favorite places among the haunted public spaces of South Jersey.

Engineered in then-desolate Atlantic City by George Meade in the 1850s, before he went on to lead the Union forces during the Civil War’s Battle of Gettysburg, Abby is the third tallest masonry lighthouse on the coast.

The fact that a light housekeeper reported a sighting of the Jersey Devil atop the lighthouse in 1905 is just the beginning of the structures’ history as a place where odd things happen.

Keeper’s apparitions, the smell of burning tobacco, footfalls when no one is present, spooky laughter and dimes which turn up in odd places are just part of the atmosphere.

There are a series of ghost tours on Saturday, October 28.

Keeping in mind Meehan that admits he’s never set eyes on a single ghost, he quickly agreed the ambiance of Pines make the 1.1 million-acre woodlands a “creepy place.”

“The critters, the trees, the sounds, it is that kind of place,” he said, recalling a night of military training in the vast emptiness of the pines.

It can be a hair-on-the-back-of-the-neck kind of place, said Meehan.

While the Jersey Devil was allegedly spawned on the edge of a salt marsh, the pines are said to be his resting place.

There are hidden graveyards scattered in the pines, and it is said the highwayman who came to be known as the Robin Hood of the Pines stalks about.

But mostly, it's the silence that's so scary.

Hearing yourself in New Jersey is unsettling.