Harmful levels of cyanobacteria can produce toxins called cyanotoxins that are dangerous for humans, pets, livestock, and wildlife. 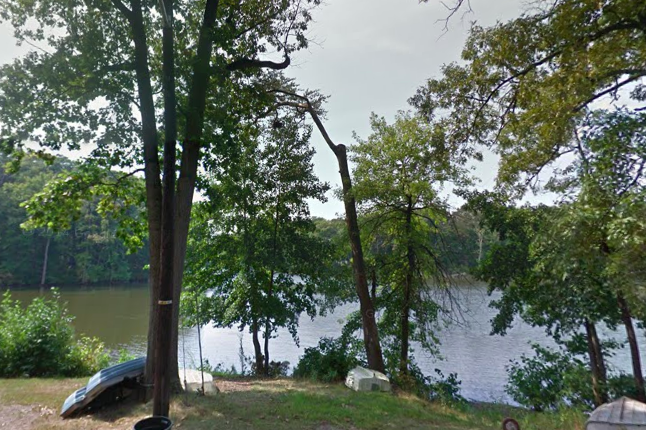 Sylvan Lake in Burlington Township is closed due to toxic algae bloom. The popular swimming and fishing spot in New Jersey was found to harmful toxic algae that tested above the levels recommended by the N.J. Health Advisory Guidance.

Sylvan Lake, a popular spot in Burlington Township for swimming and fishing, was closed just before Labor Day weekend due to toxic algae bloom.

The Burlington County Board of Health found harmful algal bloom during normal testing at Sylvan Lake, police confirmed. The toxic algae, also known as cyanobacteria, tested to be above the levels recommended by the N.J. Health Advisory Guidance.

While the toxic algae was found in a portion of the lake that locals typically do not swim in, the entire lake was closed out of precaution. The New Jersey Department of Environmental Protection will continue to conduct testing.

New Jersey has had its share of lake closures due to harmful toxic algal growths this year. In late June, Lake Hopatcong, the largest freshwater lake in the state, was put under an advisory for toxic algae bloom. Part of the lake still remains under advisory.

Most recently, the Manasquan Reservoir, a 770-acre reservoir in Howell Township, Montgomery County was closed due to toxic algae earlier this month. The advisory was recently lifted on Tuesday.

While cyanobacteria is fairly common in fresh water, it becomes dangerous when the algae experiences rapid growth, called a "bloom." According to the NJDEP, harmful levels of cyanobacteria can produce toxins called cyanotoxins that are dangerous for humans, pets, livestock, and wildlife.

Exposure to these cyanotoxins can lead to rashes, allergy-like reactions, headache, fever, joint pain, gastroenteritis, respiratory irritation, skin rashes, and eye irritation, according to the EPA.