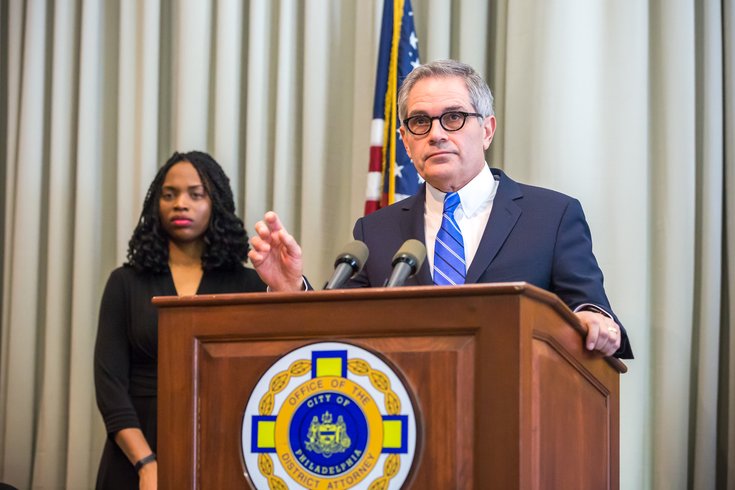 The number of children charged as adults in Philadelphia dropped substantially in the first year of Larry Krasner's time as the city's district attorney.

According to the Juvenile Law Center, a non-profit, public interest law firm, children prosecuted as adults face a higher risk of sexual abuse, physical assault, and suicide; and children tried as adults are often compromised when attempting to re-enter their communities.

In Philadelphia, Krasner has attempted to reform sentencing practices at all levels, from charging fewer children to handing out fewer prison sentences in general. The city's jail population was down, in conjunction with grants from the MacArthur Foundation, to less than 5,000 in 2018.

Krasner has been both praised and chided for his progressive approach to the district attorney job. He's actively pushed for criminal justice reform, eliminating cash bail and striving to free wrongfully accused prisoners, and he cleaned house in the District Attorney's Office after he was elected in 2017.

Some, though, feel Krasner has ignored his duty as the city's top prosecutor as he pursues his own agenda. The Fraternal Order of Police Lodge 5, for example, put up billboards earlier this year deriding Krasner's performance, and calling for a new district attorney.