How traumatic injury has become a health care crisis

Trauma can and will impact all of us at one time or another, doctor says 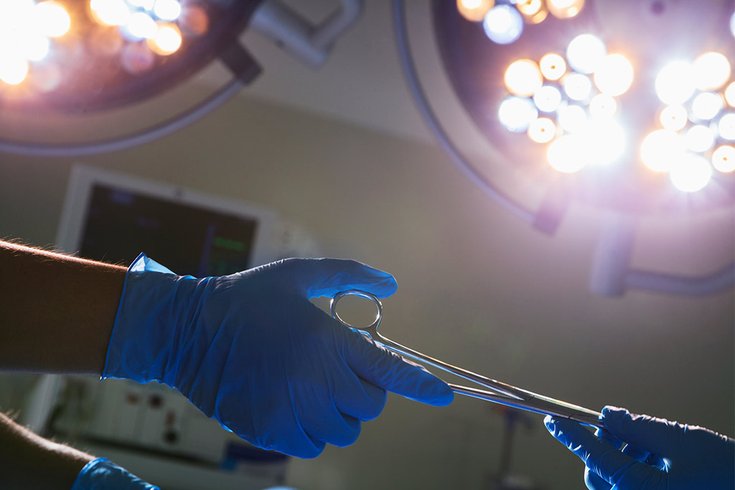 Traumatic injury, or sudden physical injury requiring immediate medical attention, is an epidemic in the United States. It affects individuals of all ages, races and societal classes and accounts for over 41 million emergency department visits and 2.3 million hospital admissions each year.

Additionally, 214,000 people die yearly from traumatic injury, including things such as falls, car crashes and violence. That is one person every three minutes. Trauma is the leading cause of death for individuals from 1 to 46 years and the fourth leading cause of death for all age groups. Traumatic injury affects our schoolchildren, your grandparents, our troops – no one is safe.

The staggering death toll is only a superficial assessment of the impact that traumatic injury has on our society. For every trauma victim who dies, many more survivors face lifelong physical, mental and financial challenges. Compared to a decade ago, trauma victims requiring hospitalization are increasingly older, more severely injured and have multiple other diseases, which complicates their medical care. Together, fatal and nonfatal injury cost society over $671 billion annually.

As physicians who treat trauma patients, we see the substantial impact that traumatic injury has on individual victims, their families and society. As medical researchers, we understand that more research needs to be directed at improving the lifelong challenges associated with traumatic injury.

BIG GAINS, BUT NOT ENOUGH

In 1966, the National Academy of Sciences recognized the massive societal burden of traumatic injury and released a report detailing the extent of unintentional, or traumatic, injury in the U.S. This report provided recommendations for the development of pre-hospital care, trauma systems, patient registries and injury research.

A decade later, the American College of Surgeons Committee on Trauma developed guidelines that set treatment standards for local and regional trauma centers. These initiatives have led to remarkable improvements in 30-day or in-hospital trauma mortality rates. Additionally, safer automobiles with airbags, legal alcohol limit reduction and movements such as Stop the Bleed have all led to improvements in immediate trauma survival. In 2003, in-hospital mortality rates were 22%; today mortality rates average less than 4%.

However, the worrisome fact is that we still do not know what factors contribute to long-term mortality following trauma. When trauma victims are followed past hospital discharge, studies show that mortality rates increase at an alarming rate, reaching 16% at three years.

Elderly people appear to be especially vulnerable, such as former President Jimmy Carter, who suffered a broken hip from a fall on May 13, 2019. For example, in 2013 alone, 2.5 million older adults sustained injuries due to falls. Over 800,000 of these patients were hospitalized, most often due to a traumatic brain injury or a hip fracture.

Elderly patients who sustain a hip fracture have an estimated one-year mortality as high as 58%. This implies that although injured trauma patients may live to leave the hospital, they remain at increased risk of long-term mortality following their initial injuries. Therefore, the medical community should view traumatic injury not just as single incident in time but as a debilitating chronic disease that has long-term consequences.

Especially concerning for those of us who treat and study trauma, is that we can only speculate the reasons behind this increased long-term mortality. Trauma registries, or systems that collect information following traumatic injuries, currently lack data on both long-term survival and functional outcomes after discharge from the hospital. This lack of data hinders our ability to understand why trauma victims die after leaving the hospital.

Medical research works to reduce both the risk and burden of human disease. Unfortunately, research funding aimed at improving traumatic injury outcomes is lacking compared to other public health concerns.

The National Institutes of Health invests nearly $37.3 billion annually into medical research. Traumatic injury receives only 2.1% of the NIH budget, which correlates to the least amount of funding relative to the disease burden among all common public health problems. Without sustainable research funding, interventions that support independence, enhance quality of life and reduce long-term traumatic injury mortality cannot be developed and implemented. Additionally, since traumatic injury encompasses a diverse range of injuries, from falls to gunshot wounds, there are many factors that could be leading to increased mortality in these victims.

The NIH established the National Cancer Institute, dedicated to eliminating suffering and deaths from cancer. In 2016, the NCI received over $5 billion to fund research. Research efforts have revealed new ways to prevent, detect and treat malignancies.

However, the NIH does not have an institute dedicated to traumatic injury, even though the incidence, cost and life years lost are greater for traumatic injury than cancer.

In 2016, $450 million was portioned to the study of all injuries combined. That is $4.5 billion fewer than that allocated for cancer research. In order for traumatic injury victims to experience the same mortality reductions as cancer survivors, we believe that NIH support and research funding must be increased. This research funding would allow the development of more robust trauma registries that track victims’ long-term outcomes following a trauma. Research that focuses on identifying the effects of traumatic injury on common co-morbid diseases, such as diabetes, heart disease, and osteoporosis, can help us better understand how treating these diseases in trauma victims can be optimized.

Additionally, we need to increase societal awareness and national support for traumatic injury. For cancer, there are support ribbons, cancer walks and national television commercials featuring the “faces of cancer” with celebrities urging everyone to support the fight for a world without cancer. It is this dedicated focus and associated funding that have allowed the substantial advances in cancer care and quality survivorship.

Reducing violence, ensuring safer roadways and improving quality outcomes from traumatic injury are some answers which are in everyone’s best interest. How many more young people must succumb to acts of mass violence – Highlands Ranch, Sandy Hook, Parkland, Mandalay Bay hotel – before we intervene?

Traumatic injury can and will impact all of us at one time or another. The 2016 report from the National Academies of Science, Engineering, and Medicine outlines a vision for a national trauma care system motivated by the clear aim of zero preventable deaths after injury and minimal trauma-related disability to our troops and every American.

We believe that if the lack traumatic injury funding is not addressed, the U.S. will remain along the current path of increased long-term mortality from preventable injury with limited therapeutic options.