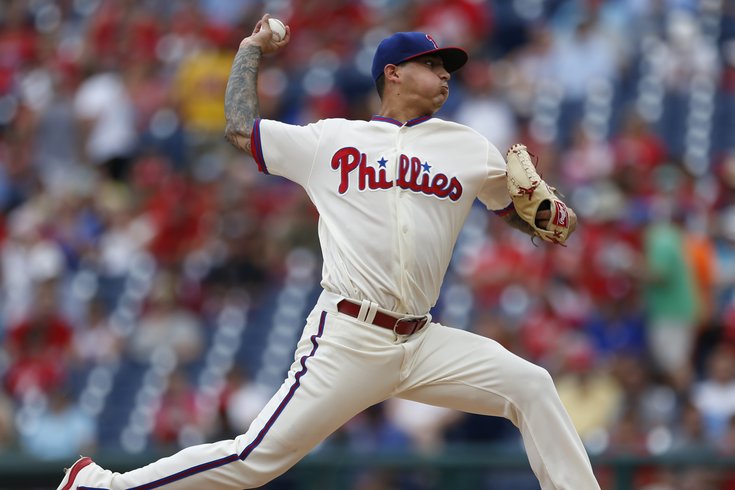 The Miami Marlins, on the third leg of a road trip through Seattle and San Diego, were already inconvenienced when they were forced to book a hotel in Wilmington, Del., after the NFL took over the city of Philadelphia this week.

Now they’ll finish up the rare Seattle-San Diego-Delaware trip with a rare night off in Wilmington, too.

The Phillies-Marlins game scheduled for Tuesday night was postponed by rain.

The Phillies will announce a makeup date at a later time, but it is likely to be a part of a doubleheader the next time the Marlins come to town, in late August. The two teams share an off-day that week (on August 21), but that would force the Phillies into playing 34 days in a row. Major leaguers value their few off-days, and thus, the likely doubleheader.

Vince Velasquez, who had been scheduled to pitch on Tuesday, will start Wednesday, while fellow right-hander Jeremy Hellickson will also be pushed back a day, from Wednesday to Thursday. Rookie Nick Pivetta, who had been tentatively penciled in to jump into Aaron Nola’s place in the rotation on Wednesday, is now likely to make his major league debut in Los Angeles this weekend as a result of the rain.

The Marlins are also pushing their first two scheduled starters back, with left-hander Wei-Yin Chen on tap for Wednesday night followed by right-hander Edinson Volquez on Thursday afternoon.