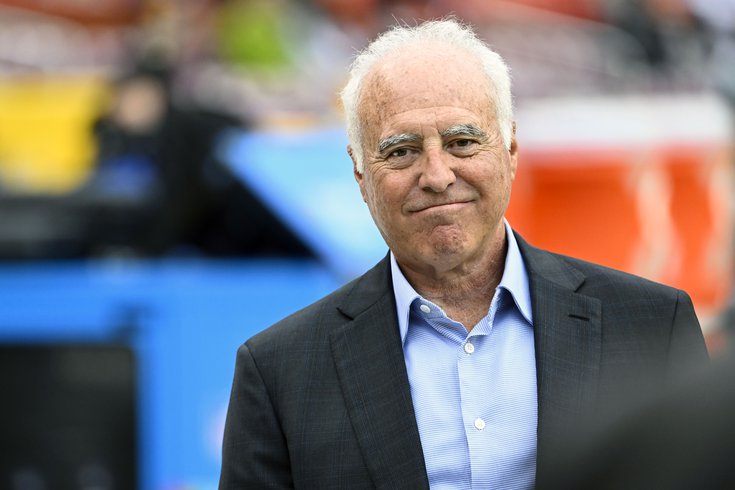 A pair of Philadelphia Eagles executives — Brandon Brown and Catherine Raîche — will be interviewing for the Minnesota Vikings' vacant general manager position.

Brown is currently the Eagles' director of player personnel. His upcoming interview was reported by Darren Wolfson of SKOR North. From the Eagles' website:

Brown oversees the Eagles' pro scouting department while also doing crossover work on the college scouting side in collaboration with co-director of player personnel Ian Cunningham.

Prior to the Eagles, Brown spent two seasons with the Indianapolis Colts as an advance scout (2016) and scouting assistant (2015). During his time at Boston College, he was the assistant director of player personnel (2014) and worked as a recruiting specialist (2013).

In November of 2020, the NFL approved a proposal that rewards teams for developing minority coaches and front office executives who go on to become head coaches and general managers for other organizations.

If a team loses a minority coach or executive to a head coach or general manager position with another team, they will receive a pair of third-round picks in return. They are called "Resolution JC-2A" picks, but function in a similar way to compensatory picks.

MORE: Collecting receipts: Mike Lombardi said dumb stuff about another Eagles head coaching hire | WTS: The most Eagles team ever, how Birds can beat Bucs and more | Eagles vs. Bucs: Five matchups to watch, when Tampa has the ball

Brown would qualify for this program, and the Eagles would receive a pair of JC-2A picks if he were to be hired to be the Vikings' general manager.

Raîche is currently the Eagles' VP of football operations. Her interview was reported by ESPN.

Catherine Raiche, the Eagles VP of football operations - believed to be the most senior-ranking team personnel position a woman has held in the NFL - has been requested to interview for the Vikings GM job, per source.

Raîche is involved in all areas of football operations and player personnel, including pro and college scouting, contract management, player/staff development, and football research.

And in case you missed it, the Denver Broncos requested to interview Eagles defensive coordinator Jonathan Gannon for their vacant head coaching job. Gannon confirmed their interest on Tuesday, but did not comment further.

UPDATE: The Eagles would also receive a pair of third-round picks if Raîche is hired as a general manager, as the program is also designed for the enhancement of job opportunities for women as well.