'Uncover Philly': Sights from the blizzard of 2016 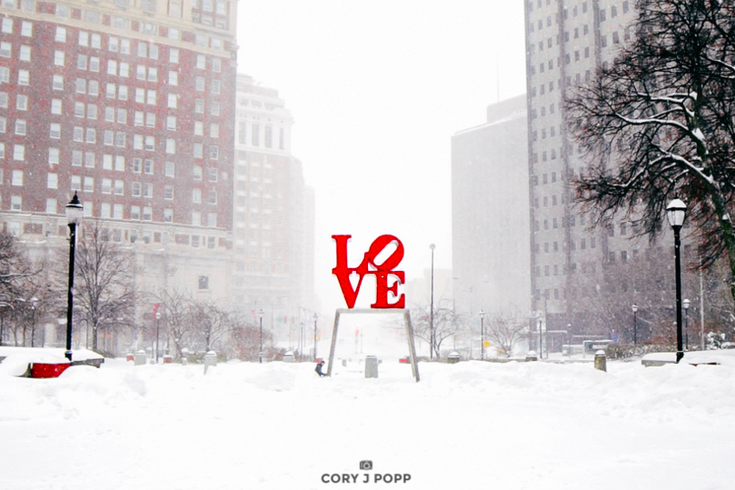 Scene at LOVE Park during blizzard of 2016.

Twenty years after the monstrous Blizzard of '96, Philadelphia marked the wintry anniversary with a massive storm, the fourth-largest in our history, that dropped nearly 20 inches of snow in parts of the Delaware Valley.

Over the past year, local videographer Cory Popp has been documenting Philadelphia's most breathtaking sights and savored qualities in a series called "Uncover Philly."

We've already had a chance to see nature bloom in the springtime and later transform into the gorgeous colors of autumn. This time around, Popp trudged through the snow for eight hours to bring us scenes from the Blizzard of '16, from sledding at the Art Museum to snowball fights and blustery shots of our landmarks.

Those interested in purchasing framed prints from the "Uncover Philly" series can peruse the selection at Popp's Etsy page.