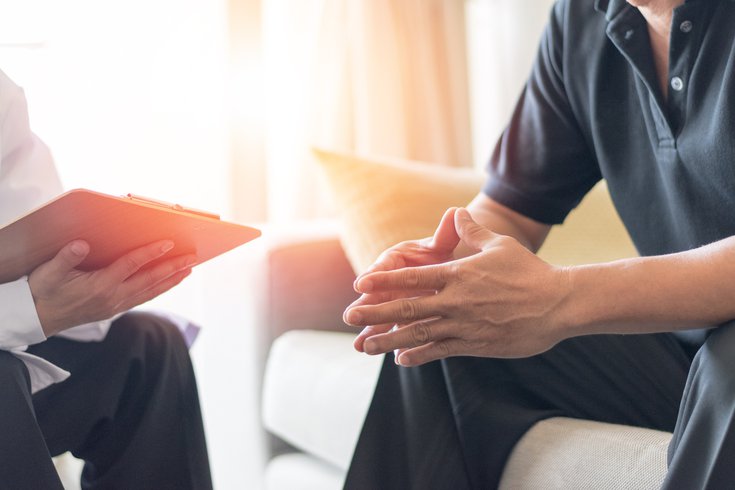 November was pancreatic cancer awareness month. On November 8, “Your Radio Doctor” featured an update on pancreatic cancer with two nationally-ranked physicians who diagnose and treat this form of cancer. Listen to the show on www.yourradiodoctor.net.

When the media focuses on high profile cases — like those of Alex Trabek, Steve Jobs, or Aretha Franklin — it may seem like rates of this disease are growing. However, despite a small, but steady, increase (about 0.5% per year for the last 10 years in the US), it is still a relatively rare cancer. About 12 in 100,000 people will develop cancer of the pancreas. Compare this to colorectal cancer, which occurs in about 1 in 23 men and 1 in 25 women.

What is true is that pancreatic cancer has recently moved from ranking as the fourth leading cause of cancer death to the third spot, surpassing breast and prostate cancer. It’s expected to become the second leading cause of cancer death within the next 10 years. This is in large part due to increased screening for these more common cancers as well as improved treatments.

What is the pancreas?

It’s a small but powerful organ that has two main functions:

The pancreas measures about six inches long and it’s shaped like a fish. The wide end (head) faces the right side of the body just beyond the navel. It’s located near the stomach, the beginning of the intestine, the liver and gall bladder. A tumor in the head can press on the stomach/intestine and cause dull abdominal pain or make you feel full before you finish a meal, leading to a decreased appetite and gradual weight loss. If a tumor blocks the bile duct, bile can build up in your system, causing jaundice with yellow eyes and skin. It can also lead to “tea” colored urine and “clay” colored stools. It tapers into a tail near the spleen. The pancreas sits behind the stomach, deep in the abdomen near the back. Sometimes symptoms begin as new back pain or a worsening of existing back pain.

Where cancer comes from

Cancers generally are the result of a mutation in DNA and cells that divide out of control. This can be influenced by inherited factors or environmental toxins.

Genetic mutations inherited from your parents account for about 10 percent of cases. Some have a mutation which can be identified with testing. Others have a family history, but no identifiable mutation. You can’t choose your genes, but you can work to learn your family history and be screened accordingly. However, the vast majority of cases are “sporadic” or not inherited. So, let’s talk about risks that are in our control.

Smoking is the biggest known environmental risk and may account for up to 25 percent of cases. Here’s the good news! Your risk can be cut in half after quitting for a period of just two years. After 10 to 15 years, your risk levels off to that of a non-smoker! Obese people have a 20 percent higher risk, and the more severe the obesity, the higher the risk. Obese patients also may have less favorable outcomes. Long standing hyperglycemia (high blood sugar) and having type 2 diabetes for more than five years can your increase risk. Keeping your sugars under better control may be beneficial.

How do we make the diagnosis? Dr. Tom Kowalski explained that sometimes blood tests reveal abnormal liver or pancreas laboratory values. If a patient has symptoms, the most common test is a CAT scan. These tests are fast to perform, readily available and accurate at least 83 percent of the time. If the CAT scan is not definitive, the next step is an MRI with an increased accuracy of 89 percent. A third choice is an endoscopic ultrasound, which is even more accurate (up to 95 percent) in finding a small pancreatic cancer. 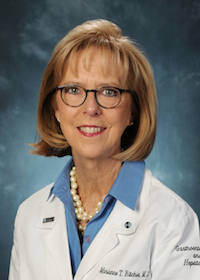 An endoscopic ultrasound includes an ultrasound sensor (like the one that looks at a baby in a mother’s uterus) on the tip of an upper GI endoscope. The scope is placed in the stomach and duodenum (upper intestine) close to the pancreas, providing very clear images of the pancreas and allowing a targeted biopsy of any abnormality.

Dr. Charles Yeo has one of the highest experiences of performing this surgery in the country. His hopeful message included two important points. In the past, the Whipple surgery included removal of the lower part of the stomach. The current surgery is called the “Mini Whipple.”

It spares the pylorus, the end of the stomach, which is the gateway to the intestine. This version of the operation is associated with less operating time and blood loss, fewer complications, and a speedier recovery.

The other big advancement is a program developed by his colleague, Dr. Harish Lavu at Jefferson University Hospital called WARP – Whipple Accelerated Recovery Program – that aims to have patients spend only five days in the hospital after surgery instead of seven. Dr Yeo shared one other very reassuring point of information. Pancreatic cancer surgery typically removes about half of the pancreas. Despite this decrease in organ size, most patients do not develop diabetes.

If a patient needs a Whipple procedure or other cancer surgery of the pancreas, studies show that the lowest complication rates at the time of surgery (including death) and the best long-term cancer outcomes result if you have your surgery at a high-volume center, where the surgeon has extensive experience. When I spoke to Dr Yeo, he had just completed case #1700 of the Whipple procedure.

For more information, visit the website of the Pancreatic Cancer Action Network at www.pancan.org

Tune in at 10 a.m. every Sunday morning to “Your Radio Doctor” on WPHT, talk radio station 1210 AM or listen on Radio.com. All shows are posted on yourradiodoctor.net.