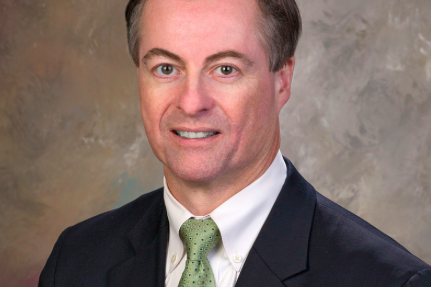 The University of Pennsylvania announced on Wednesday that John Quigly, the former head of the state Department of Environmental Protection, will join the Kleinman Center for Energy Policy at the School of Design.

Quigley controversially resigned from his position last month after a leaked email he sent to environmental organizations in Pennsylvania contained explicit language. Quigley questioned the dedication of some environmental activists for failing to pressure legislators on clean air protections and gas drilling regulations.

In response to the terse email, several organizations who received the letter, including PennEvironment and the Natural Resources Defense Council, launched a negative ad campaign to spur action.

Penn will bring Quigley on as a Senior Fellow with expertise in the regulation of oil and gas extraction and transportation, alternative energy, and natural resource conservation. Quigley previously served as Pennsylvania's secretary of the Department of Conservation and Natural Resources, a specialization that evidently clashed with Governor Wolf's consensus-driven approach to environmental regulation.

“PennDesign has a long tradition of bringing together the worlds of research and practice around matters of crucial public interest, especially those centered on the environment and natural resources,” said Frederick Steiner, PhD, incoming Dean and Paley Professor at PennDesign. “In the tradition of Ian McHarg, the Kleinman Center extends that leadership role with the exciting appointment of Secretary Quigley.”

In an interview with State Impact, Quigley declined to address the fallout of his resignation, adding only that he's interested in "exploring the connection between good energy policy and public health."

To start, Quigley will give a public lecture in the fall and teach a seminar in the spring. He will also write blog posts and policy digests on current energy issues for regional and national audiences.

“I’m excited to join the thought leaders at the Kleinman Center, and more broadly, the Penn community," Quigley said. "Throughout my career, I have been committed to connecting the protection of public health, the environment, and natural resources to robust, sustainable economic growth. I look forward to writing, speaking, and contributing to the Center’s thought leadership on energy policy innovation, sustainability, and smart pathways to a low-pollution, high-growth, zero carbon future."