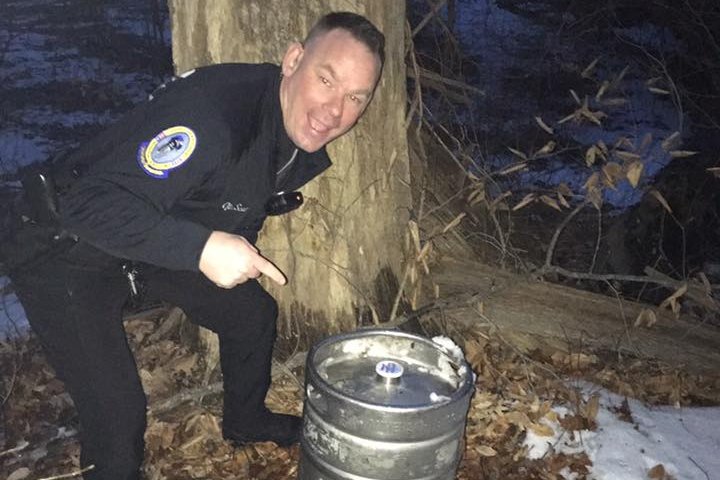 An Upper Darby police officer poses with a keg that will not be used for a party behind the Aronimink Swim Club on Thursday night.

Attention young people of Delaware County: The police would like you to know that there will not be a kegger at "the Palace" tonight.

The Upper Darby Police Department's oft-humorous Facebook page put the word out on Thursday night after busting a planned keg party behind the Aronimink Swim Club in Drexel Hill, a spot known there as "the Palace."

‪"Attn young people – you might want to hold off on buying the red plastic cups for tonight's party behind the Aronimink Swim Club (aka the palace)," the post, which accompanied two pictures of a police officer posing with a keg. "There will probably be a lack of attendance now." 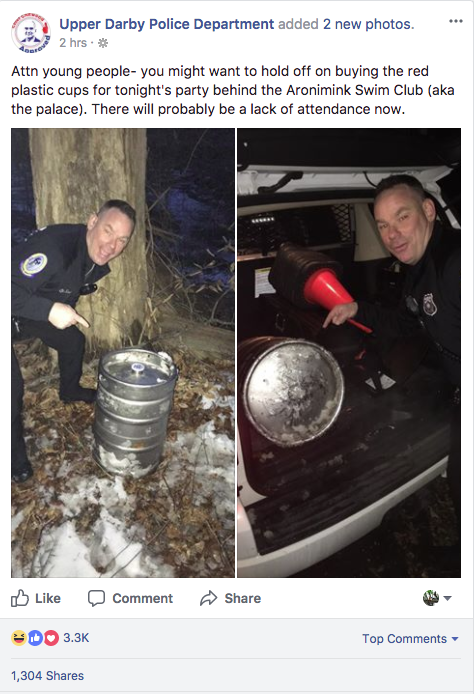 The post had garnered more than 3,700 reactions and 1,500 shares in a few hours Thursday night.

It had also drawn nearly 400 comments.

Some commenters thanked police for quelling the kegger that never was. Some gave the old "go to Philly and be a real cop" response. Others were downright hilarious.

"In other news, party at UDPD!" one commenter cracked.

One commenter even asked the department for a favor.

"Now that I am more than of the legal drinking age can I have my keg you picked up in the cemetery in June of '03?" he asked. "I would like to get my deposit back. Much appreciated."