Urban Outfitters gets called out for misinformation in voter guide

Philadelphia-based apparel maker Urban Outfitters has retracted an erroneous guide for voters after it was discovered it contained misinformation about the documentation required to cast a ballot, according to the independent nonprofit ProPublica. 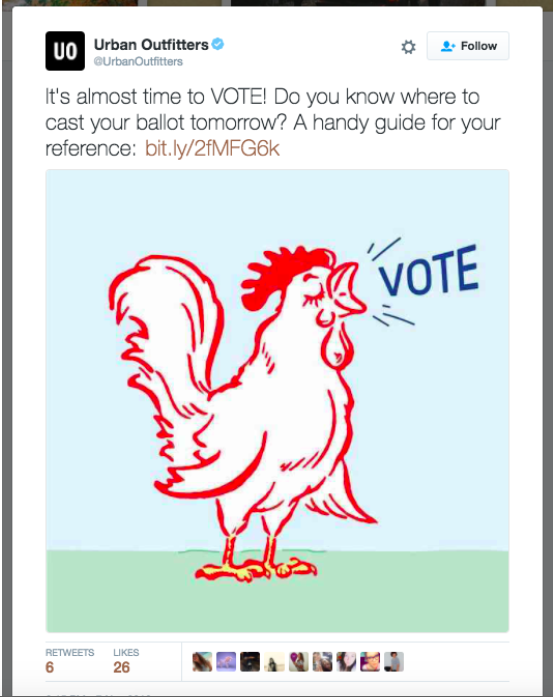 
Urban Outfitters, a frequent source of controversy, corrected its guide "immediately" when confronted and apologized for the error in a tweet.

We’re deeply sorry about the error in the UO Blog’s voting guide. It's been corrected & now includes a link to state-by-state requirements.

Accurate information about voting requirements in all 50 states can be found here.