Penn commencement speaker explains why failure is like farting 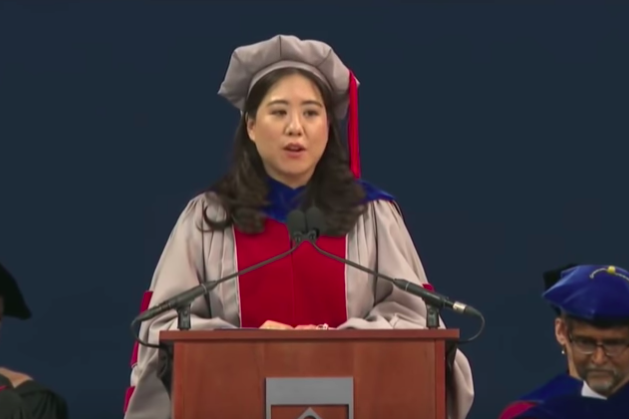 Expecting and handling failure is a cliché in graduation speeches. "It's OK to fail." "You're all going to fail in life." "How to fail successfully."

You get the picture. The overarching theme is always some version of this: Failing is actually a good thing because we learn from it and better ourselves as a result. It's good advice, but we've all heard it a million different times.

So, kudos to Vanessa Chan for finding a new way to describe failure during her commencement speech for the University of Pennsylvania's School of Engineering & Applied Science. Chan, the chair of materials science and engineering at Penn, explained during the speech earlier this month why failure is like farting (h/t, Technical.ly Philly):

Failing is like farting. It's natural. We all do it. We just don't like to admit it.

Like when my Ph.D defense was delayed because I missed a deadline, pothole, or when my factory messed up my order for QVC, crevice, or when I was forced out of a client situation that felt impossible to recover from, deep abyss.

Regardless of the reason, all of you will fall into huge potholes — just like all of us.

It is true that, just as everyone will be unsuccessful at some life endeavors, everyone releases gas from their bottom — and most of us don't like to talk about either. You can watch Chan's entire speech below and request a transcript from her aptly-named website here.