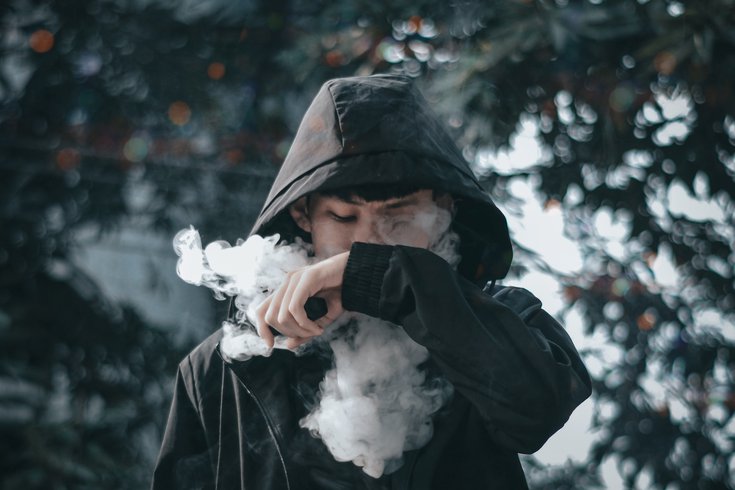 A wheezing or whistling in the chest is more common among teens who vape than those who smoke or use e-cigarettes, according to new research.

Teenagers who vape marijuana are twice as likely to experience adverse respiratory symptoms, including wheezing or whistling, than those who use e-cigarettes or smoke cigarettes, according to a new study.

The finding caught researchers by surprise. They expected greater lung damage to be associated with cigarettes and e-cigarettes.

However, they pointed out that smoking cigarettes and vaping nicotine also cause lung injuries — but perhaps not to the same extent that vaping marijuana does. And those products are still associated with respiratory issues and an increased risk of cancer.

"Without a doubt, cigarettes and e-cigarettes are unhealthy and not good for lungs. However, vaping marijuana appears even worse," study author Carol Boyd, co-director of the Center for the Study of Drugs, Alcohol, Smoking & Health at the University of Michigan, told CNN in an email.

"Since many teens who vape nicotine, also vape cannabis, I recommend parents treat all vaping as a risky behavior (just like alcohol or drug use)."

The researchers found that "adolescents' lifetime cannabis vaping" use was associated with five adverse respiratory symptoms — wheezing or whistling in the chest, sleep disturbance from wheezing, limited speech due to wheezing, wheezing during exercise, and a dry cough at night that wasn't related to a cold or chest infection.

These associations were not observed among teens who use cigarettes or e-cigarettes, the researchers said.

The study, published in the Journal of Adolescent Health, comes after vaping-related illnesses hospitalized 2,807 people between August 2019 and February 2020.

The illnesses, dubbed E-cigarette or Vaping Use-Associated Lung Injury, or EVALI, caused 68 deaths in 29 states and Washington, D.C. And 84% of these deaths were associated with vaping products that contained THC, the primary psychoactive compound in marijuana.

Scientists found vitamin E acetate, a thickening agent used to dilute THC, was most likely responsible for the lung condition.

The latest study was based on data from the Population Assessment of Tobacco and Health, a national longitudinal study on the health impact of tobacco use. It is administered by the National Institutes of Health and the U.S. Food and Drug Administration.

The researchers focused on data from almost 15,000 teens ages 12-17 over a two-year period. The teens were asked about their cigarette, e-cigarette and marijuana use in the last 30 days, as well as the total time they have spent vaping marijuana over their lifetimes.

The researchers acknowledged that their analysis was limited by the original questions asked in the PATH study, which didn't focus on the long-term use of vaping marijuana.

They called for further investigation to see whether the combination of vaping nicotine and cannabis may be driving the more severe respiratory symptoms.