Vaping rates among teens declining, but addiction appears to be on the rise, according to CDC 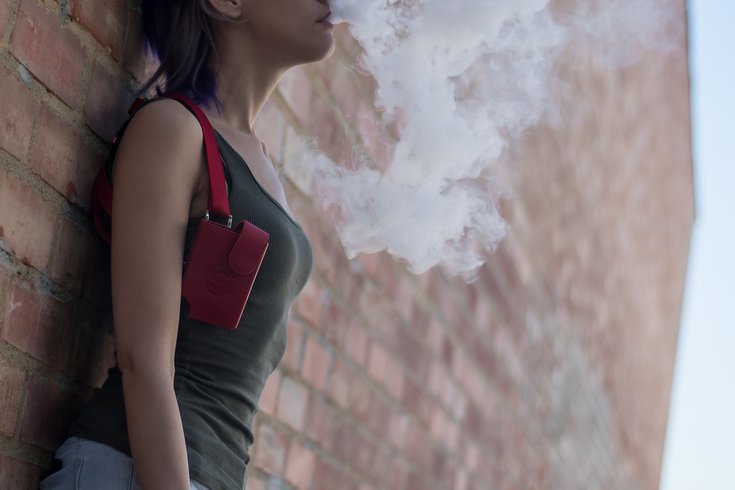 Flavored e-cigarettes are still the most popular vaping choices among high school and middle school students, according to a CDC report.

Fewer U.S. high school and middle school students used e-cigarettes or other vaping products this year than last year, according to the Centers for Disease Control and Prevention. The number of youth using these tobacco products dropped from 5.4 million to 3.6 million in just one year.

This large declining is encouraging after the alarming number of vaping-related deaths and illnesses reported among teens last year.

At the same time, health experts warn that teens who still vape are more likely to be addicted, vaping 20 days or more in the past month, and 39% percent of high school students who vaped reported being heavy users this year compared to 34% last year.

This year's national survey found that less than 20% of high school students and 5% of middle school students said they had recently used electronic cigarettes or another vaping product. Last year, the vaping rates among the same groups were 28% and 11%, respectively.

E-cigarettes have been sold in the U.S. for more than a decade, but with little regulation until recently. Federal officials said the tightening of federal and local regulations on the industry in the last year, especially on those vaping products containing Vitamin E acetate – an additive that contains THC, the psychoactive ingredient in marijuana – as well as increased national and local attention on the dangers of vaping contributed to the decline in usage in the last year.

The age limit to buy any tobacco product is now 21.

Brian King from the CDC's Office on Smoking and Health said the rising number of older teens who vape and reported being heavy users is a concern, as is the increasing usage of disposable e-cigarettes.

The Food and Drug Administration's ban on sweet, candy-like vape flavors in small vaping devices like Juul earlier this year didn't apply to disposable e-cigarettes. And it is these flavors that are thought to attract kids to try vaping in the first place.

Almost 83% of the children who reported vaping in this recent survey used flavored e-cigarettes. This included 2.53 million high school students and 400,000 middle schoolers. The most popular flavors were fruit, mint, menthol, along with candy, desserts, and other sweets.

"As long as any flavored e-cigarettes are left on the market, kids will get their hands on them and we will not solve this crisis," Matt Myers of the Campaign for Tobacco Free Kids said in a statement.

The 2020 National Youth Tobacco Survey included responses from more than 20,000 middle and high school students. The researchers said that it was cut short in March by the COVID-19 pandemic, but they still had enough data to make reliable findings.

It isn't known yet how COVID-19 is affecting vaping use, but studies have shown that vaping can increase a teen's risk of not only contracting the virus but also developing complications from the infection.

At the time the report was released, the FDA had issued warning letters to three vaping companies for illegally marketing or selling their products to youth.