Much like the Philly faithful, who have bought more season tickets than any other group of fans in the league, Las Vegas is very high on the Sixers.

After acquiring Markelle Fultz with the top pick in the NBA Draft, Philly heads into the 2017-18 season with a young core of Fultz, Joel Embiid, Ben Simmons, Robert Covington and Dario Saric, a combination of talent Embiid called potentially "legendary."

Oh my. The Sixers are -125 (favored) to make the playoffs next season, right now, at @Westgate_LV

Not only that, the Sixers are tied with the Minnesota Timberwolves and Milwaukee Bucks for the eighth-best odds to win the 2018 NBA Finals at 75/1, according to VegasInsider. 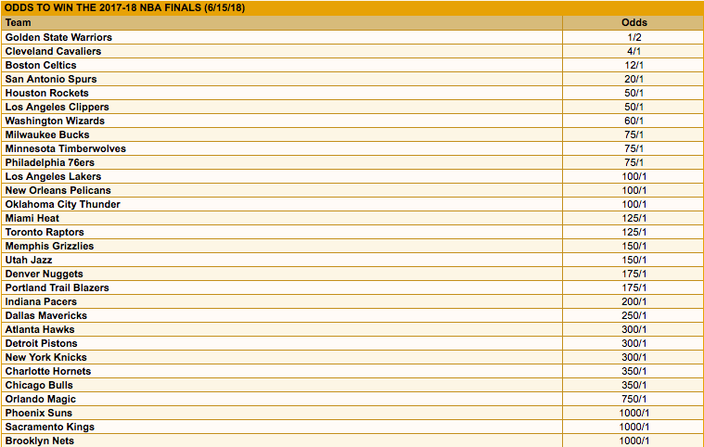 Even before the addition of Fultz, Vegas was predicting good things for the Sixers this coming season. In May, OddsShark had them with the 11-best odds to win the title.

Coming off a 28-win season, the Sixers will need good health in order to fulfill expectations. Embiid, who sat out his first two years because of injury, played just 31 games last year. Simmons sat out what would have been his rookie campaign with a broken bone in his foot.

Team president Bryan Colangelo said the two are progressing well in their recovery and that they're on pace for a healthy return.

Sixers fans will have to hope he's right and that the team can make a big leap forward with The Process.