Police identify victims in massive pileup on I-78 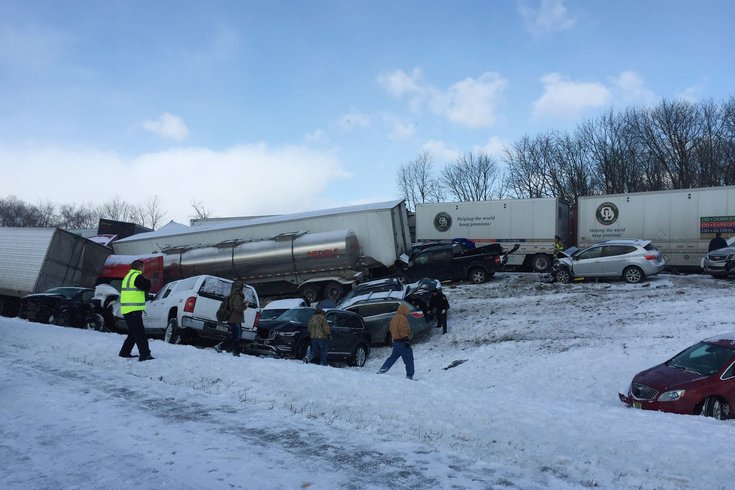 Vehicles pile up at the site of a fatal crash near Fredericksburg, Pa., Saturday, Feb. 13, 2016. The pileup left tractor-trailers, box trucks and cars tangled together across several lanes of traffic and into the snow-covered median.

Pennsylvania State Police have identified the three people killed in a massive pileup on I-78 Saturday morning in Fredericksburg, Pennsylvania.

The chain reaction, which appears to have started after a snow squall made its way through the region, involved 64 vehicles and sent 73 people to the hospital.

The highway has since reopened in both directions after PennDOT treated the roadway. State police thanked the numerous law enforcement agencies and emergency management departments that aided in the aftermath of the incident.

The pileup occurred when a multi-vehicle crash caused numerous secondary crashes, pushing tractor-trailers, trucks and cars through traffic and into the snow-covered median.