Villanova gets 2-seed in South, could meet No. 10 Temple; St. Joes 8th in West 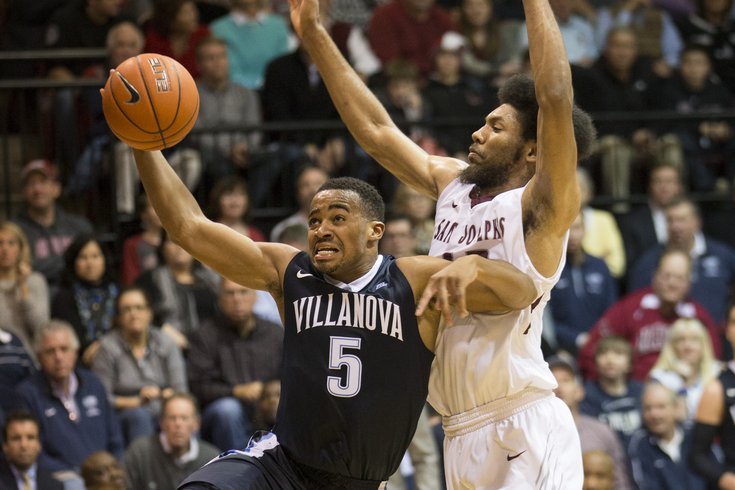 For two Big 5 teams -- Villanova and Saint Joseph's -- getting to hear their school called on Selection Sunday wasn't a surprise. But for a third, the Temple Owls, finding out their season will continue at least a little longer had to be music to their ears.

First, for the third-ranked Wildcats, it was all about if they could hold on a No. 1 seed following their loss to Seton Hall in the Big East Championship and, perhaps more importantly, whether or not the selection committee would be kind enough to put them in the East Region, which will play the Sweet 16 and Elite Eight at the Wells Fargo Center in Philadelphia.

But it turned out to be a worst-case scenario for 'Nova Nation -- especially those who already bought tickets to next weekend's games in hopes that their team would get the more favorable seeding. Not only will Jay Wright's team be playing as the No. 2 seed, but being sent to the South means the Wildcats won't get a home-court advantage if they advance to the tournament's second weekend.

"I'm sure a lot of the fans are probably disappointed," Villanova coach Jay Wright said according to the Associated Press. "Everybody here probably anticipated being in Philly. We had our chance at that. We would have to have won the [Big East championship] last night. We didn't do it. Now we have to move on and take on a new challenge. We had our chance. I have confidence that if we won that game last night, we would have been in Philadelphia and we didn't. It's all part of the season on how you handle it."

'Nova will face 22-11 UNC Ashville on Friday in Brooklyn in the opening round, and with a win could face Temple in the second round. The Owls, despite their loss to UConn in the American Athletic Conference semifinals on Saturday, received the 10th seed in the South and will open against Iowa Friday in Brooklyn.

Once the top team in the nation, Villanova (29-5) clearly has a stronger chance to make a deep run than their Holy War rivals from across town, but only one of these teams is entering March Madness as a conference tournament champion.

That's why there was cause for celebration from the St. Joe's fanbase earlier in the day Sunday as well, as the Hawks won the Atlantic 10 tournament, earning themselves an automatic bid and avoiding a potential bubble-bursting selection show.

For their efforts, the Hawks (27-7) earned the 8th seed in the West and will face 22-10 Cincinnati in the first round on Friday in Spokane, Wash. If they win, they would most likely meet the West's top seed, Oregon, who will play the winner of the Holy Cross-Southern play-in game in the first round.

Kansas at 30-4 was awarded the No. 1 overall seed and sits atop of the South. North Carolina (East) and Virginia (Midwest) were the other No. 1 seeds.

Stay tuned for more, including previews of all the local team's chances moving forward.