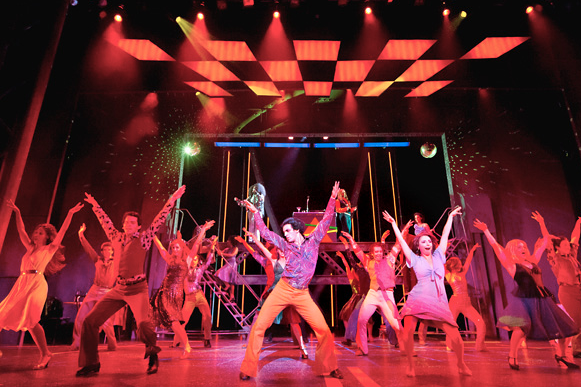 Theater is often at its best when it provokes the audience to ask questions. So, in that respect, the current production of “Saturday Night Fever The Musical” at the Walnut Street Theatre could be considered a success.

Unfortunately, the only questions begged by this ill-conceived and uninteresting stage version of the movie that not only rocketed disco into the mainstream of American pop culture, but changed the look--and sound--of that culture is: “Why?” As in, why in the world would anyone think—artistically speaking, that is—that this was a good idea? Or more specifically, why would anyone think this was the way to translate the film to the Broadway stage?

Those questions aren’t answered by the program that runs through July 16, but at least we now know why The New York Times critic who, in 1999, wrote the review of the New York production, thought as much of it as Donald Trump does of ISIS and the mainstream media.

There simply isn’t enough room to delineate all the reasons this show is such a stinker, but here are a few:

*It neuters most, if not all, of the film’s dramatic heft, which explained the emotional rationale and motivations of protagonist Tony Manero, who finds dancing at his local disco the one bright spot in an otherwise soul-killing existence. The drug use, and racial-conflict subplot, that nicely textured the movie that made John Travolta a star are nowhere to be found, and the references to sex tend to be presented in an “Afterschool Special” kind of way. 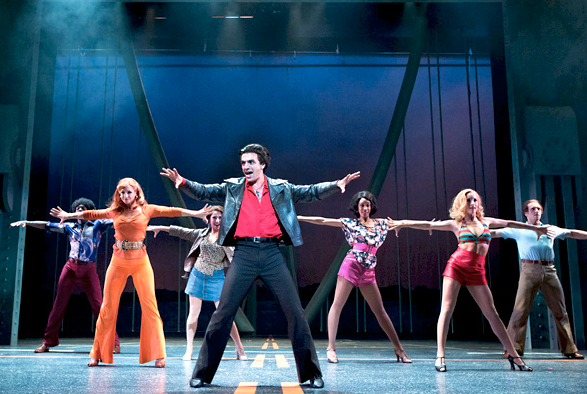 *On a related note, the scenes with Tony and his parents that did so much to rationalize Tony’s behavior in the movie are played for laughs, as if this were a Catholic version of “All in the Family.”


*The picture’s epochal score is too often used in obviously forced ways, and most of the songs do not do what songs in a musical are supposed to do—propel or expound on the story. And too many musical numbers—the second act opener, “Nights on Broadway,” is just one example—are little more than filler in a way-overlong presentation.

*And speaking of songs like “Stayin’ Alive,” “How Deep is Your Love” and “Disco Inferno” (the anthem by Philly’s own Trammps that is arguably the best disco track of all time), they were products of the studio and have a certain sound that is impossible to reproduce in a theatrical setting. Besides, they generally don’t work when sung by those trained in musical theater.

But the “creative” team originally responsible for this mess aren’t the only ones to blame. The fingerprints of the Walnut crew are likewise all over this crime scene. This is shocking, because the ‘Nut is the perennial pacesetter for the region’s musical-theater realm, mostly producing work on a Broadway level. This time, not so much.

The cast doesn’t quite measure up to those long-time standards. While lead Jacob Tischler is a perfectly fine vocalist and dancer, his acting style is distracting in that he seems to be channeling Judd Hirsch rather than Travolta. Alexandra Matteo as Stephanie, the Brooklyn lass with dreams of a brighter, more sophisticated future, definitely has chops, but her Judd Hirsch is Fran Drescher. And the talents of two of Philly’s A-list stage performers, Ben Dibble (as the DJ) and Fran Prisco (as Tony’s perpetually pissed-off father) are wasted (it’s like hiring Michael Solomonov to make you an American-cheese-on-white-bread sandwich). 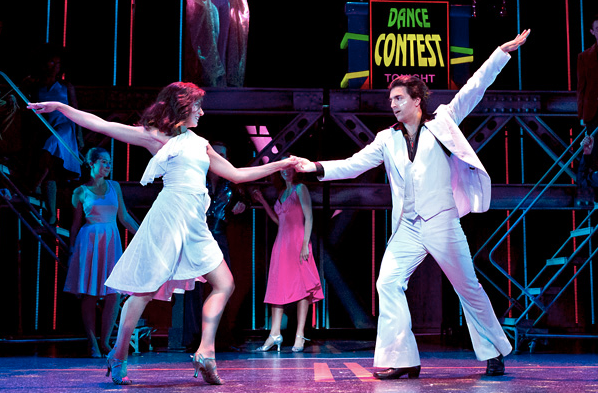 But the most egregious crime is the casting of millennial Billy D. Hart as the senior citizen who employs Tony in his hardware store. Granted, it’s hardly a pivotal role, but his unconvincing silver wig and mustache and youthful body language make the production look like a high school effort when he is on stage.


Of course, there are some bright spots, including Peter Barbieri’s superb set design and the rafter-shaking “Disco Inferno” sequence led by the powerful vocalizing of Crystal Joy. And costume designers Michael Bottari and Ronald Case deserve our gratitude for reminding us just what a crime against humanity were male fashions of the disco age.

It’s only fair to note the paying customers on opening night acted as if they were seeing the original productions of “West Side Story” or “Les Miserables,” so “Saturday Night Fever” obviously has something theater-goers want to see.

If only we could figure out what in the world that is.