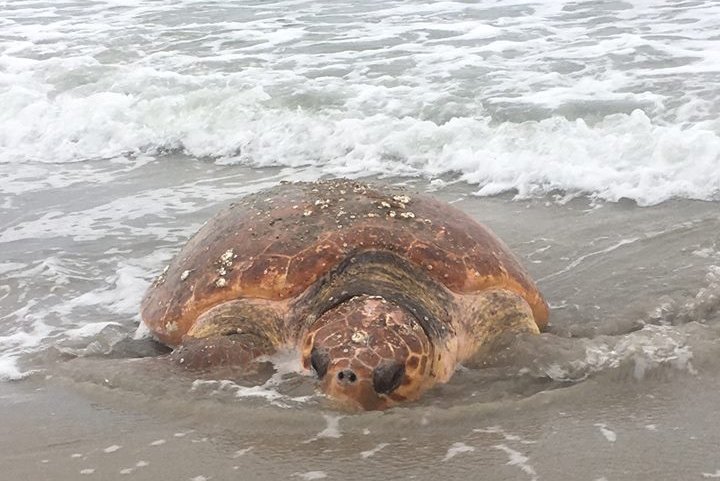 A 270-pound turtle was rescued Monday in Avalon, New Jersey.

A 270-pound sea turtle is safe and resting after she got caught in the surf Monday at the Jersey Shore.

Officials at the Marine Mammal Stranding Center said they received a call around 5 p.m. that a large loggerhead was alive but lethargic in Avalon, New Jersey, near 10th Street.

Bob Schoelkopf, the center's founding director, said the sea turtle was rescued and is being held at the stranding center's intensive care unit in Brigantine, New Jersey.

"There's not much to tell until blood work comes back (Wednesday)," he said. The turtle is resting and while they need to wait for test results to determine exactly what's wrong, he suspects she might just be a very old animal.

Loggerhead sea turtles live  50 years or more, according to the National Wildlife Federation. Loggerheads can be found in the Atlantic Ocean from as far north as Newfoundland all the way south to Argentina, both hundreds of miles out to sea and in inland waters.

The news comes just weeks after a young beached whale washed up on shore in Sea Isle City. Officials say it likely died as a result of human contact.