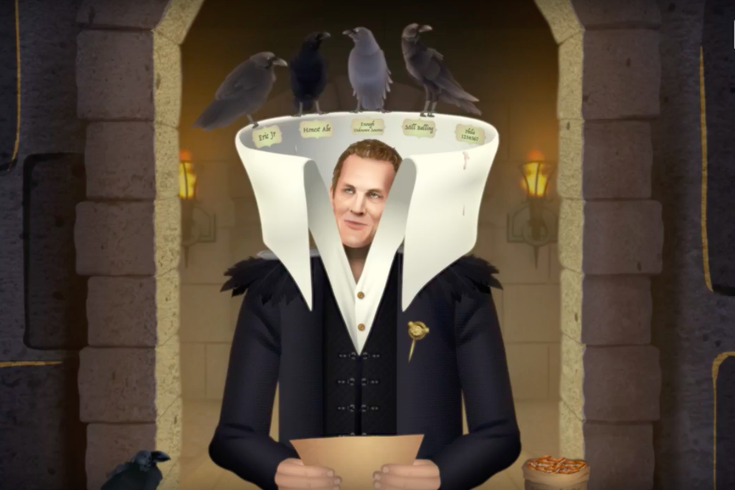 The past week has been a wild one for Sixers fans, on that reached a tipping point on Thursday when news came down that the team and president of basketball operations Bryan Colangelo would be parting ways following one of the stranger scandals in Philly sports history.

In the end, the independent investigation — and corresponding Sixers Twitter investigation — into anonymous Twitter accounts linked to Colangelo revealed that it was his wife operating at least four of the accounts, and, if you believe the flurry of statements that came down in the wake of his ouster, doing so without her husband's knowledge.

Now, just a few weeks from the NBA Draft and entering the biggest summer of a long rebuilding process that Colangelo was supposed to see through, the Sixers are without a GM — at least a permanent one, as head coach Brett Brown has taken over on an interim basis — and that's fairly terrifying if you have as much invested in this as most Sixers fans.

This was supposed to be the time it was all turning around: 52 wins, a playoff series victory and the emergence of young superstars following several seasons of what felt like never-ending losses. That's not quite how this offseason has started and Sixers fans are left wondering what's next.

Sometimes, there's nothing else to do but laugh. Seriously. Fake Twitter accounts?

That's what did in the guy tapped to bring a certain amount of professionalism to the Sixers organization. That actually happened.

And if that, coupled with the incredible work put in by Sixers Twitter in the last week-plus, isn't enough to make you laugh, just leave it to the "Game of Zones" crew to deliver for you. In Thursday's season finale of this animated mashup of Game of Thrones and the best reality series out there, the NBA, they were able to squeeze in a Bryan Colangelo scene that you have to see to believe.

All I'll say is this: BURNER. RAVENS.

While all their stuff is terrific, they're especially on-point when it comes to Philly sports — and there's a reason for that.

If you're unfamiliar with the series, here's a great primer from our old friend Rich Hofmann, who wrote about Adam and Craig Malamut, the two brothers from Cherry Hill that are behind the Bleacher Report web series.