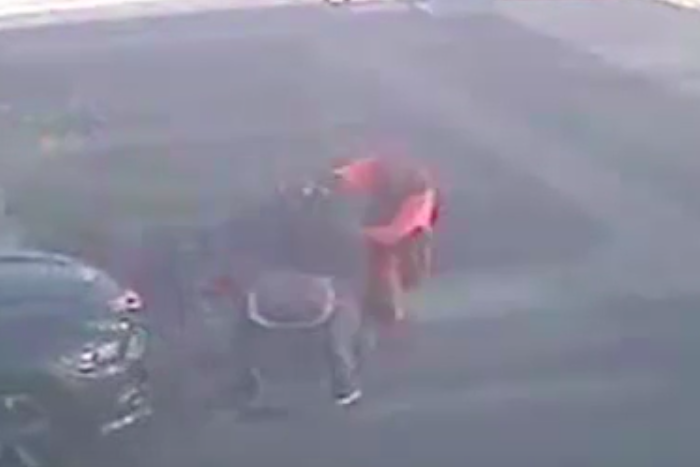 A Buddhist monk fights a man who stole his wallet in a South Philly gas station.

A Buddhist monk – practitioner of a religion based heavily on nonviolence -- may seem like an easy target for criminals.

Not so for one robber, who is being sought by police after snatching the wallet of monk buying a lottery ticket in South Philly.

According to police, the incident occurred on Jan. 3 when the suspect snuck up behind a man purchasing tickets at the Sunoco gas station at 801 Broad Street and took his wallet which contained about $350.

The victim, a 61-year-old man, wasn't letting the thief get away without a fight. He ran after the suspect when he fled the store, engaging in a scuffle in the parking lot before the suspect pushed him off, got into his vehicle and drove away.

The victim suffered a cut to his left leg when he hit the ground, police say. The incident was caught on surveillance video, which can be viewed below.

As pointed out by Stephanie Farr of the Philadelphia Daily News, the victim was wearing an orange robe, which is traditional garb for a Buddhist monk. Police confirmed the man is, in fact, a monk, according to the newspaper.

The suspect's vehicle is described as a silver Ford Mustang with Pennsylvania license plate number JHY-3783. Anyone with information on the crime or suspect is asked to call the Philadelphia Police Department's tip line at 215-686-8477.