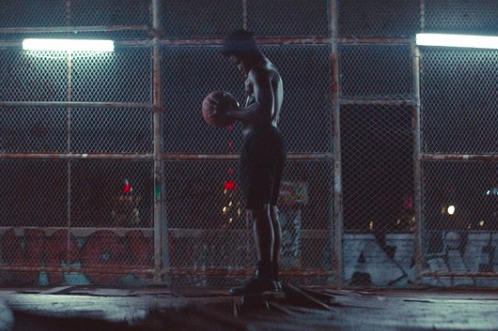 "The Cage," a short film from Philadelphia-based Neighborhood Film Co.

The inspired mission of one of Philadelphia's top film production companies jumps off the screen in the Neighborhood Film Co.'s latest short, a departure from the commercial work that has earned them acclaim with brands like Nike, Jeep, Anthropologie and Coca-Cola.

Based out of a warehouse in Brewerytown, Neighborhood Film Co. originated from the community-minded dedication of Ricky Staub, a former producer on M. Night Shyamalan films whose Christianity guided him back to Philadelphia from a beckoning Hollywood orbit. Staub created NFCo. as a way to produce cutting-edge cinema while offering reentry apprenticeships to ex-convicts.

In "The Cage," NFCo. and the newly launched Filmsupply Originals capture the pressures of youth in North Philadelphia, where lead character Zeke finds himself surrounded by friends, foes, violence, drugs, and basketball. The nearly 15-minute film is beautifully shot, with a cast of actual neighborhood residents. The finer points of filmmaking are all on display here as realistic scenes blend with shots depicting a metaphorical struggle between urban decay and renewal. (Note: Video contains explicit language and themes).

The Cage | Filmsupply Originals from Neighborhood Film Co. on Vimeo.

Also check out the informative behind the scenes for "The Cage":

The Making of The Cage from Filmsupply on Vimeo.

The rest of Neighborhood Film Co.'s commercials and Filmsupply Originals work can be viewed on Vimeo.