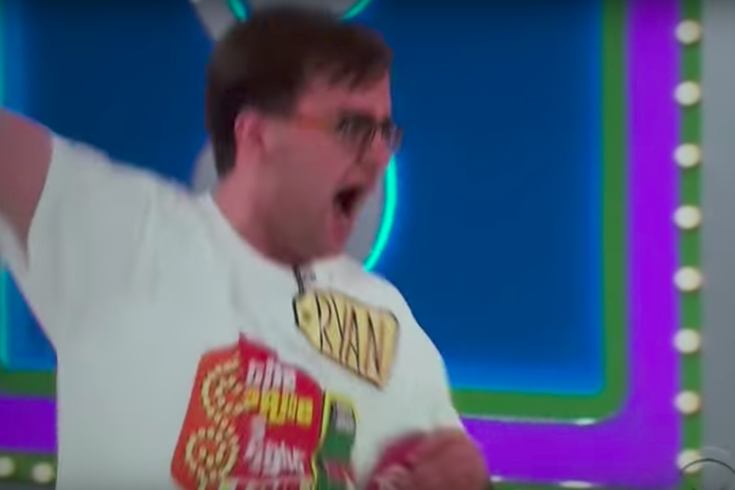 Penn State grad Ryan Belz set the record for Plinko on 'The Price is Right' and stole America's hearts in the process.

What makes "The Price is Right" enjoyable isn't the games themselves or the prizes, but instead the uncontrollable excitement contestants express when they're picked to play on the long-running game show.

Take Ryan Belz, 23, of Millerton, Pennsylvania. The Penn State grad set the all-time record for the show's Plinko game on the episode that aired Thursday, winning $31,500.

The segment is joy incarnate. Some highlights:

• "There's only 10 of these in existence," he says, amazed, after being handed a Plinko chip

• Pleading with the model — "Please, Rachel, please" — on the final guess and then immediately telling her he loves her after winning

• Being utterly speechless after finding out he set the record

Give it a watch below:

Belz later told TMZ he's been watching the show since he was a little kid, and that before appearing on it, he had hoped that his current job at Target would help him guess prices.

The world would be a happier place with more people like Ryan Belz in it.