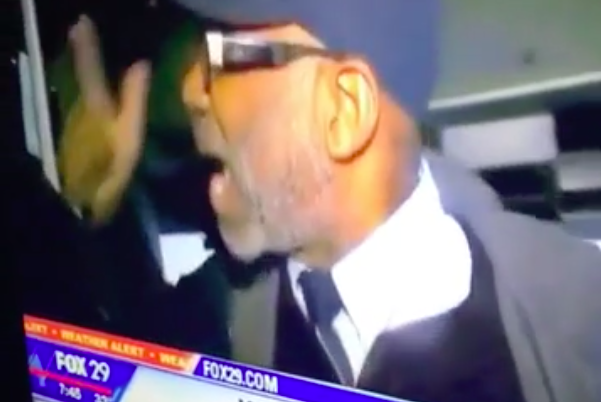 This clip of an angry SEPTA driver from FOX29's snow broadcast Thursday made 'Jimmy Kimmel Live.'

A SEPTA bus driver in Warminster, Bucks County, didn't give a damn how much it was snowing Thursday. You better still pay the fare.

FOX29's Steve Keeley (who had quite a day for himself yesterday — more on that here) was reporting live from a bus stop with three Wal-Mart workers during the storm. When a bus finally came, Keeley hopped on and asked the driver how driving in the snow was.

The driver begins to answer, but then apparently notices that the three workers didn't pay to get on. He reacts appropriately:

Kimmel joked that President Donald Trump should get the driver to be his secretary. Agreed, get that man a squirt gun.