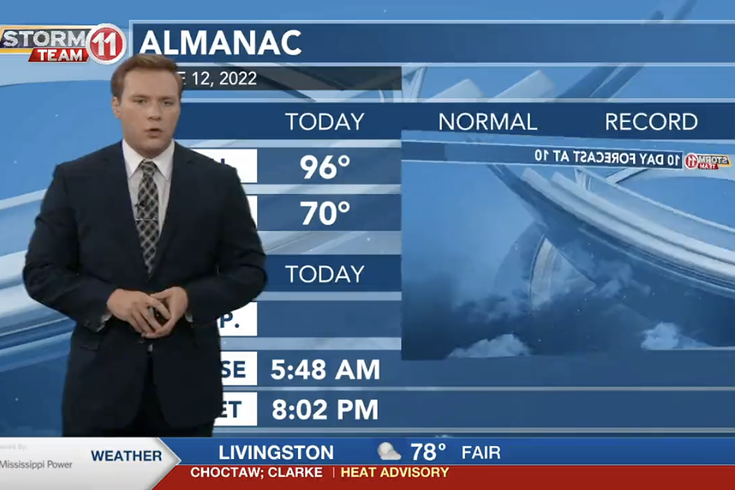 Eagles fans certainly got a ton of "Where are your rings?" chirping before their eventually Super Bowl triumph in 2017. The Cowboys and their fans were on the forefront of that, though their own Super Bowl victories are from the era of VHS players and $19 CDs from Tower Records. I hadn't reached my second birthday yet when Dallas last captured the Lombardi Trophy on January 28, 1996, if that helps put things in perspective.

Dallas fans have been back-peddling in the nearly three decades since then. Everyone has their Cowboys jokes ready. WTOK-TV anchor Ethan Bird in Meridian, Mississippi is definitely among them.

In a weather broadcast on Monday, Bird absolutely wrecked the Cowboys.

"We look at our 10-day forecast. It's looking a little bit like those Dallas Cowboys, peaking in the '90s."

This is why you don't let the sports guy do weather... 🤣 pic.twitter.com/47S6QtlODg

Thanks, Ethan. I needed some football fun during this June lull before training camp starts in Philly late next month. Go "Birds" indeed.