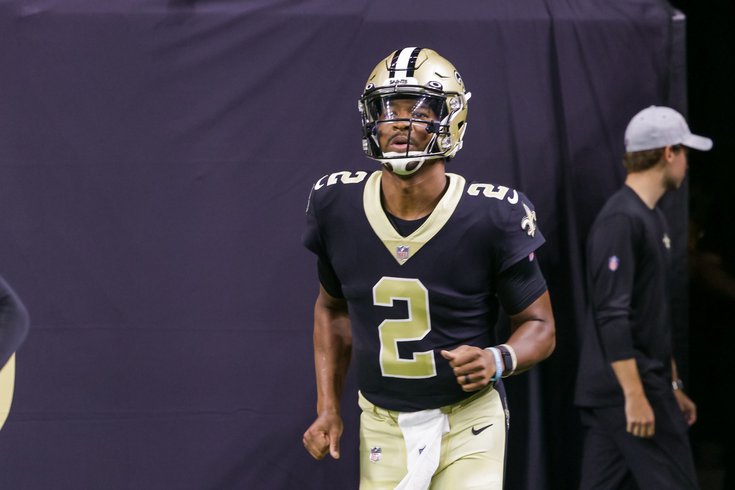 The Eagles hope Jameis Winston and the Saints don't eat many W's this season.

In past seasons, Philadelphia Eagles fans generally rooted for their own team, and kept an eye on the rest of the NFC, with a focus on the NFC East. They'll still do that in 2022, but there are also peripheral rooting interests for Birds fans this season, especially because they own an extra first-round draft pick in 2023.

• Saints at Falcons: The Eagles own the Saints' first-round pick in 2023, so, you know, the more games they lose the better for the Eagles. They're also a playoff contender in the NFC this season, while the Falcons probably are not, so all the more reason to root for the Falcons in this one.

• Buccaneers at Cowboys: Hold your nose and root for Tom Brady.

• Jaguars at Washington: The Jaguars helped end Carson Wentz's stay in Indianapolis, when Wentz and the Colts laid an egg in a win-an-in situation Week 18 in Jacksonville. His first opponent with his new team? The Jags (!), who are now coached by Doug Pederson.

• Giants at Titans: Like the Commanders, the Giants will open against an AFC team. It's best if the Giants' hopes are dashed early.

Other NFC vs. AFC games

Anytime an NFC team plays an AFC team, it's best if the AFC team wins, for now. Here are the rest of those matchups Week 1:

• 49ers at Bears: The Bears will almost certainly not be contenders this season, while the 49ers are coming off an NFC Championship Game appearance. It's ideal if the Niners lose, and players start questioning who the quarterback should be.

• Packers at Vikings: This game is interesting because the Eagles play the Vikings on Monday Night Football. I think it's probably best if they don't come in super confident after a big win over their division rivals.

• Steelers at Bengals: The Eagles play the Steelers Week 8. It's probably ideal if the Steelers don't look like they'll be good this year.

• Colts at Texans: Again, it'll be interesting to see what the Colts look like under Matt Ryan. The Eagles play them Week 11.