Week 18 NFL odds: Point spread, total and advice for every game, including Eagles vs. Cowboys 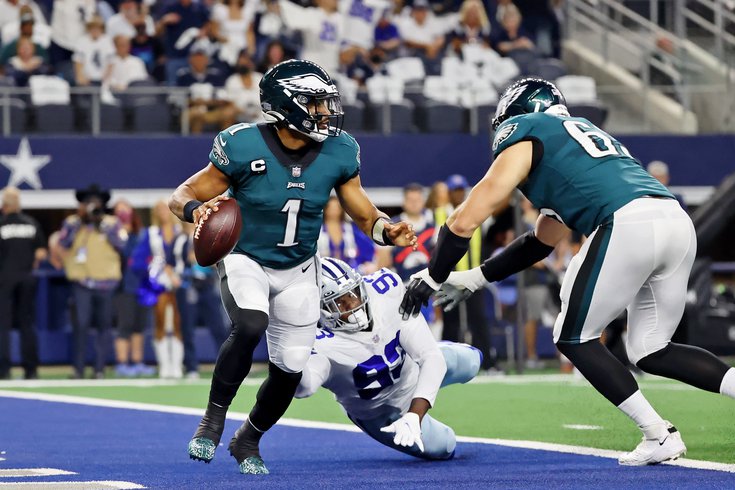 The playoffs are right around the corner as we hit the final week of the regular season. The Philadelphia Eagles are already in, as most of the NFC postseason picture is already set. We await the results of the Niners game as they can clinch the final opening with a win, but New Orleans can sneak in if they win, and SF loses.

The AFC is a little more complicated, as we have two teams in the Colts and Chargers who are tentatively holding on to their spots. The Raiders, Ravens, and Steelers all have a chance and are not technically eliminated.

It’s a tough week to bet, not only because most of the playoff field is set and teams are looking to sit players, but also because we have the spoiler effect in play here. Backups are tough to predict in the NFL because unlike other sports, there isn’t as big of a talent gap between most starters and their backups. That doesn’t mean there isn’t any value in Week 18 – including Eagles vs. Cowboys!

Denver’s miserable season can finally come to an end as they are a ridiculous 10-point dog at home to a Chiefs team already atop the conference. Here’s the thing, KC can still clinch home-field advantage (and an important first-round bye) with a win and Titans loss, so Andy Reid and Patrick Mahomes will still play for the victory. The only problem is if Reid pulls his starters in a blowout. Either way, 10 points is way too much to lay. You are better off taking the under 44. The under is 12-4 in Broncos games this year and 6-2 at Mile High.

Dallas isn’t set with their seeding and could use a win to finish the season. They could climb as high as the two seed if they win and both Tampa and LA lose. The Eagles also need (in my opinion) to play starters in this game, but the line reflects the Birds will sit a lot of guys. If any Eagles starters sit this game – especially Hurts – you want to be on the Cowboys. I’d take them up to -8.5, but I'll jump in now because the line reflects a Gardner Minshew start. Hard to look at data when one team is starting backups, but safe to go with teams who need these games.

Normally when you are taking a team laying so many points you would also play the over – especially with a total so low at 44. Despite the Colts desperately needing this game and how awful Jacksonville’s defense is, it’s still an under play. You could also Same-Game Parlay the Colts ML and the Under 44 to give you a slightly better return. The Colts have gone under the total in four straight games and it’s 6-2 on the year in Jacksonville. If anything, Indy will rely on Johnathan Taylor more than anyone in the air.

Both teams need this game for any shot at the postseason, but you should note that most books are asking Baltimore to lay the hook. There’s a slight lean towards the Ravens here, but I love B-More for another reason – the letdown. Neither one of these teams are great against the spread and it’s a division matchup with two teams who know each other. Where is the edge? Pittsburgh just came off its most emotional regular season win in decades. Tough to keep that up against anyone – let alone another playoff hopeful.

A similar situation to the other AFC South matchup where taking the heavy favorite normally means you go over a lower total. In this case we are doing just that, taking advantage of an opportunity to lay 10 points with a team who is fighting to win this game. The Titans can clinch home field with a win and should be looking to pound the Texans into the ground. There’s nothing to truly spoil for Houston outside of ruining a first-round bye. The Titans have won seven straight road games in the AFC South, go ahead and take them here.

This is surprising that the Bengals are road dogs – mainly after the world got to see how bad the Cleveland Stefanski’s truly are. The Bengals could technically move to the 2-seed with a win and Chiefs loss, but could drop to the No. 4 spot if they lose and Buffalo wins. The line certainly reflects the belief that the Bengals aren’t going to play many guys. I’m just concerned about putting any money on the Browns no matter who they play. The Browns are 7-9 ATS and have lost four of their last six straight up. I’ll take my chances and play the Bengals on the money line at plus money.

The Giants are going back to Jake Fromm and you should slam the WFT under a TD. It doesn’t matter what the records are, nor does it matter who is what against the spread. The Giants are starting Jake Fromm in front of one of the – if not THE – worst offensive lines in the NFL. We’ve seen a decimated WFT still compete against the Eagles – two times over. It’s no reach here to see the Giants end their season in humiliation. I’d look at an alternate line and see what WFT is at -10.

This game might get ugly. The Vikings season ended in Green Bay at the hands of a backup QB and they want blood. The Bears ripped through the Giants but that’s more of a preseason team. The line is short for two reasons – the first being the Bears looked great against the awful Giants and the second being the Vikings expected letdown after missing the playoffs. Pride is a crazy thing in the NFL, and the Vikings are the better team. Get them under a key number at 3 and you will be fine.

The Packers have nothing to play for and should be sitting most of their starters. Aaron Rodgers has done all he can to put the Pack in line for the top seed and an MVP bid of his own. Detroit has covered 10 games this year and comes off an ugly loss to the Seahawks. The Lions have fought all year no matter how wide the talent gap is between them and their opponent. This is the best chance the Lions will have to salvage anything positive. Take them to win this game outright.

Buffalo is playing for the AFC East and the possibility to shoot all the way up to the 2-seed. The Jets are playing for a better draft pick. It’s an absurd 17-point line, and one to most likely stay away from because it’s Week 18. Normally, the Bills aren’t letting up or pulling starters up 20 points in the second half. In this case, they will have an idea about what’s happening around them, including the Patriots in Miami. The Jets defense is so bad and the Bills can score, so your best bet here is to take the over 42.5 total. Even if the Bills pull starters, they can certainly get into the 30s on their own.

Speaking of New England, they can win the division with a victory over Miami and a Bills loss to the Jets. I love the Dolphins here at +7 mainly because of the spoiler effect. Miami is actually good enough – especially on defense – to beat the Patriots and keep them from having a shot at the division. The Dolphins are 8-6-2 ATS this year and their loss last week snapped a 7-game win streak. The Pats may sit guys if the Bills are up by 50 on the Jets, so this is too big of a line to lay points with New England.

It’s hard to be 5-11 on the year and have the exact same record ATS, but such is life when you rush to hire an unqualified coach like the Panthers did. They put eggs in the Sam Darnold basket and wasted our time with a mini-win streak at the start of the season. Carolina hasn’t covered a spread in their last six games. Tom Brady is at home and the Bucs can jump to the 2-seed with a win and Rams loss to Arizona.

Both teams need this game and the Niners seem to have the Rams’ number. San Francisco has won five straight games against the Fighting McVays, covering four of five as dogs. It’s hard to ignore the recent success the Niners have had over the Rams, and the QB situation for SF shouldn’t impact the bet. The public may not trust Trey Lance as much as Jimmy G, but there’s no true drop-off in talent. You can get the Niners just south of +200 at some books, I’d suggest you take the Niners to win this game outright.

This is the highest total we’ve seen so far, and it comes because of the Seahawks putting up a ton of points on Detroit. The total reflects the belief that Seattle can keep that up, and how bad Arizona has been at home this year. Arizona still has a shot at the NFC West if they beat Seattle and LA loses to San Francisco. All reasonable expectations. I like the Cardinals to buck the trend of playing awful at home. Seattle just wants this season to end and will not have enough energy to play spoiler.

The Saints could steal a wild card spot with a win here and the Niners losing to the Rams. More importantly we need to ask just who is going to score any points in this game? The total is way too low for the Falcons, but the books believe New Orleans’ defense will control the game – and so do I. If that’s not enough, then look at the Falcons alone. They don’t play in many high scoring games – especially compared to the closing gate for the totals. The under is a combined 20-12 for both teams this year with an identical 10-6 record. Don’t expect much scoring here.

We say goodbye to Sunday Night Football (and the 2020-21 regular season) with an AFC West matchup featuring a Chargers team holding on to the final wild card spot. They clinch with a win over the same Raiders team they knocked out of contention. Don’t worry about any revenge factor here for Vegas, as they just want to end the season. It’s a total narrative play here on two fronts. First, the Chargers are good enough to beat the Raiders and clinch a playoff spot. The other element is all the drama and stress the Raiders experienced this season, and how they’ve already mentally checked out. I like the Chargers to win big here.