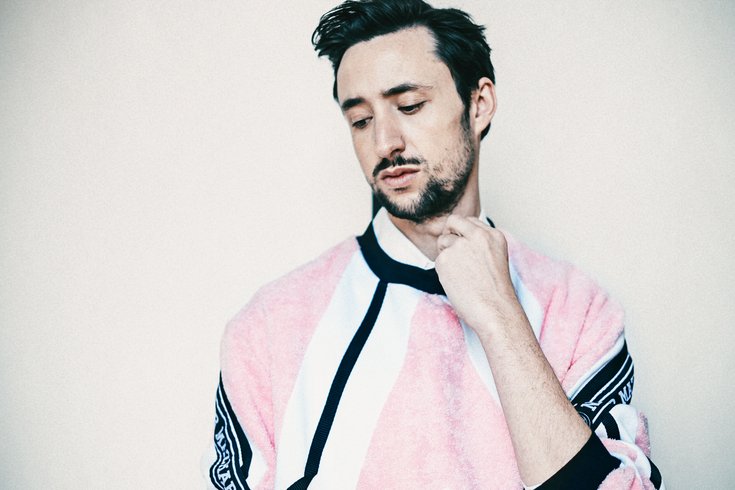 This guy calls himself How To Dress Well. This guy.

“All our songs fluctuate between trying to wrangle some sort of order out of ugliness and rendering some sort of beauty out of existential despair,” Brian Cook, bassist for Russian Circles, recently told Rolling Stone. It’s a balance the Chicago instrumental trio has never struck more convincingly than with its new album “Guidance,” which frequently revels in quintessential post-hardcore but is also maybe the band's most accessible to date. Without a steady singer, Russian Circles delivers emotion in the form of production dynamics. And even when the group predictably winds down to a hush from a frenzy, it manages to sound urgent.

The Japanese folk-psych band Kikagaku Moyo is immediately familiar. Especially for a weird experimental outfit, that might be a knock. But a couple minutes into “House in the Tall Grass,” the band's third and latest album, even a new listener knows what’s coming. The music can be comforting for that reason, meandering but never daring. It’s not a recipe for accolades, but the quintet, which meshes a rambling sitar with acoustic guitar and shuffling, restrained percussion, sounds perpetually measured instead of creatively freewheeling.

Last year, RJD2 left Philly and moved back to his hometown of Columbus, Ohio. The musician — who has made beats for himself and others, scored music for TV and more recently doubled down as a traditional record producer with a knack for building and playing analog synths — has still been hovering around his formerly adopted city frequently, popping up at shows and headlining showcases. As a performer, RJD2 lets his nerd out, combining the frenetic pace of his DJ chops with the thoughtful arrangements of his studio work.

Despite his lonely music, James Blake is a career collaborator, a disposition he’s lent out but that he’s only just opened up for himself this year with a new album called “The Colour in Anything.” The record, the British singer’s third, came out around the time of Beyonce’s “Lemonade,” which he contributed to, and months before the release of Frank Ocean’s latest, which he also penned music for. On “The Colour in Anything,” an album obsessed with texture, Blake opens up his door, most notably to Ocean himself and a producer with a prolific Midas touch in Rick Rubin.

How To Dress Well @ The Boot & Saddle

Tom Krell has brought his sometimes-experimental R&B project How To Dress Well a long way. For several years, the Chicago-born songwriter flirted with success as a sort of indie darling with music that was both legitimately experimental and interesting but also winkingly lo-fi and low-key. On his latest, “Care,” Krell bids at bona fide pop, a form that he seems to enjoy but that has also pushed him to shed some of his original mystique and charm.

Too often, Peedi Crakk’s name rings out for the wrong reasons, usually in the context of the Jay Z-inflated bubble of Philly hip-hop in the early aughts. Hov shone a brief but focused light on the city’s rap game, offering a platform to Beanie Sigel, Freeway and the Young Gunz. Caught up in the froth, Peedi Crakk played second fiddle to the new stars and never caught his commercial break. But Peedi’s almost-made-it story doesn’t account for the great music he made along the way, channelling a brand of street hip-hop that is uniquely and entirely Philly.

Timelapzzz is a solo project from Aaron Sternick, a Philadelphia musician and the vocalist for the upstart indie band Tinmouth. That trio, which released its debut album "Says" last year, mines a clean nostalgia, churning up 1980s-friendly indie and reimagined pop punk. Now, Sternick has struck out on his own with a fuzzier, more poppy and electronic-forward mixtape called “Ex Post Anything.”