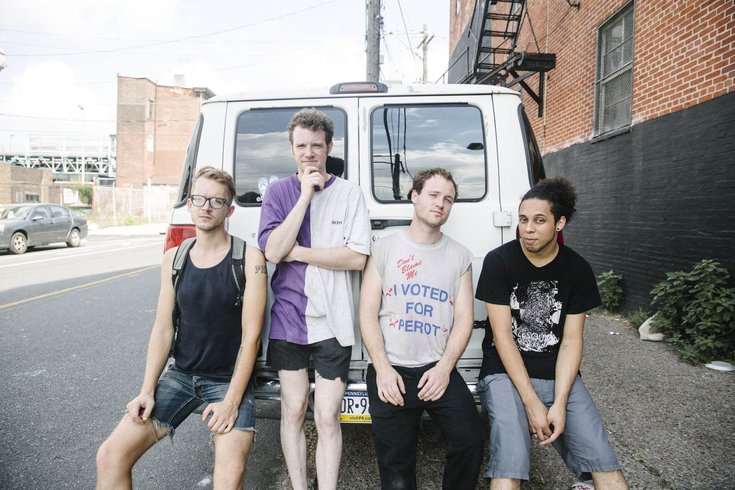 Mumblr will be there when The Fire reopens on Saturday.

A little more than a year ago, self-identified queer California rapper Mykki Blanco quit music to pivot into a career in journalism. At the time, last March, he shared a post on Facebook discussing his hopes to investigate queer life, “gender politics and patriarchy” around the world as a writer. In retrospect and with his debut album out Friday, Blanco’s pivot has morphed into a double-down, and his investigative bent is channelled just as smartly as a fearless emcee. “Mykki,” the album, finds its star reinvigorated and freshly in love with music itself.

A few years ago, in an interview with Stereogum, singer-songwriter Daniel Siskin summed up the recording of his debut album “Trust” as a pared-down affair, the product of “using one channel, one take, no overdubs.” “You just sing it and that’s what happens,” he added. Siskin’s songs, which he releases under the name Gambles, are amplified by this simplicity, and the discomfort he channels is more pronounced without frills. Trust, after all, is always about vulnerability.

Jenny Lewis is a decade removed from her breakout as a solo artist, and she’s spent the year celebrating with appropriate nostalgia. Early in 2016, Lewis reissued that breakout vehicle, her 2006 debut solo album “Rabbit Fur Coat,” and launched a tour to match. Like the record itself, the tour is a gratifyingly collaborative effort, and it helps that some of the original players are on the road with her. The Watson Twins, central figures in Lewis’ post-Rilo Kiley career, share the bill as the tour comes to a close.

Last month, after more than a decade of radio silence, emo band American Football announced a new album. The former college group is wading into dangerous waters, shattering its lone footprint with a reinvention of sorts. And while fans have been clamoring for new American Football music since 1999, Mike Kinsella’s solo side project Owen has been pumping out records reliably for almost as long.

DJ Matthew Law, a West Philly native and perpetual dot connector, is the architect of a quiet staple of a monthly dance party called Friends & Fam. Law, formerly known as DJ PHSH, invites an esteemed guest DJ each month to help drive a family style get-down hosted by another local in emcee The Bul Bey. After bringing out a crew of international curators last month, the latest Friends & Fam event folds in a familiar face in Philly head DJ Lean Wit It.

The Fire, a Girard pub venue with an eclectically curated stage, celebrates a reopening this weekend with a full day of outdoor music. Headlining the special occasion is the about-to-be-touring Philly quartet Mumblr, a familiar and quietly influential force within the city’s indie scene.

“You’ve probably heard that the sickest heavy metal is just modern classical composition meets distortion?” guitarist and vocalist Paul Riedl of Denver death metal outfit Blood Incantation recently said in an interview. “Put the two together, watch the riffs come pouring.” “Starspawn,” the group’s official debut album released in July, is a testament to this approach in which Riedl and company dive deep into metaphysical exploration. Whether it’s the repetition of a guitar line or the force with which they play, there’s something spiritual and even meditative to the record.