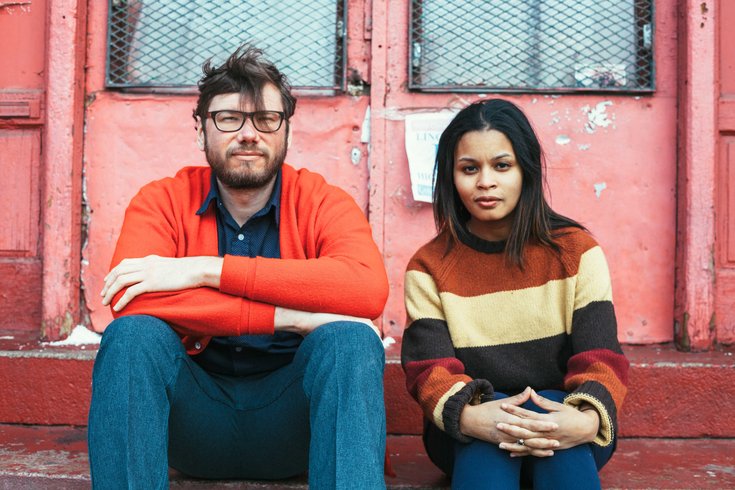 The Philly punk band Goddamnit is decidedly self-aware. In its bio, the group feigns interest in a genre war: “Hey. Let’s have a long, involved argument about what counts as hardcore and what counts as punk,” the band jokes. Or, how about we just listen to Goddamnit's debut album? “Hot To Take the Burn” is short — under 40 minutes — and moves quickly, with most tracks clocking in under three minutes. Many of the songs are frenetic and referential, with titles like “Citywide” and “We Play Craps.” The album isn’t tiring to listen to, but it sounds like it might take a lot out of the players.

The four-piece Philly girl group Good Girl is an unabashed nod back to the days of R&B as polished entertainment. They sing careful harmonies, dance in unified choreography and never over-extend. That packaged entertainment value earned them a spot on “America’s Got Talent,” an opportunity that afforded a long glimpse at their refined routine.

Christopher Gallant, a 24-year-old Maryland singer who honed his voice and aesthetic at NYU, comes off as an old soul. His debut album, “Ology,” is a studied bit of contemporary R&B: The record is more hazy than groove-driven, but Gallant folds in decades of R&B into his vocal stylings. You can hear Usher in his nimble falsetto and the urgency of Frank Ocean’s textures bleeds through. Gallant frequently sounds pained and isolated, but he also sidles toward the listener endearingly.

Earlier this year, prolific singer-songwriter Mat Cothran and his bandmate Delaney Mills released their eighth album under the Elvis Depressedly moniker, but it’s 2015's "New Alhambra" that really stands out. That one’s polished, a record that skirts the duo’s usual lo-fi tendencies in favor of more approachable refinement. Regardless of the production, Cothran is a zanily emotional writer, as quirky as he is genuine and vulnerable. Even if a quick read suggests a commitment to downtrodden introspection, glimpses of light and cheeky humor peek through.

As Strange Parts, Attia Taylor and Corey Duncan are just getting started. The Oh! Pears frontman and the Brooklyn-based vocalist released their first single earlier this month in the form of “Asleep In the Flowers.” If not for the crunchy drums, the song might float away: Taylor’s voice and the pleasantly droning synths never touch down. Shows are rare, so make Friday’s gig a priority.

In the lead video for her forthcoming debut live album, Elissa Janelle Velveteen is sitting on the bed of a pickup truck, performing for a small group of friends. She forcibly strums a ukulele and accompanies herself with a pair of kazoo solos. It’s both a little goofy and thoroughly sentimental, but Velveteen’s most endearing trait is her lack of inhibition. She belts out the overly specific lyrics affectionately, channeling the song with a punky, acoustic vibe. Velveteen has a full album of these recordings set for release shortly, and she’ll play them all at Ortlieb’s in celebration.

King Britt is a quiet giant, the type of artist who’s constantly redirecting the spotlight elsewhere. Well into his third decade as a musician, the prolific DJ/producer is nearing a celebratory milestone: 20 years of Sylk 130, the swollen funk-soul collective that pinned down Philly’s eclectic music scene in the late 1990s. “It’s a form of expression so everyone can enjoy what we do and what we stand for in Philadelphia,” Britt told MTV all the way back in 1998, shortly after Sylk 130’s first album was released. “It’s a family vibe: good energy and positive reinforcement for everyone.” Britt and company — a lineup that includes familiar names like Ursula Rucker, Chuck Treece, Lady Alma and more — will revive those good vibes for a much-anticipated 20-year anniversary show this Sunday.