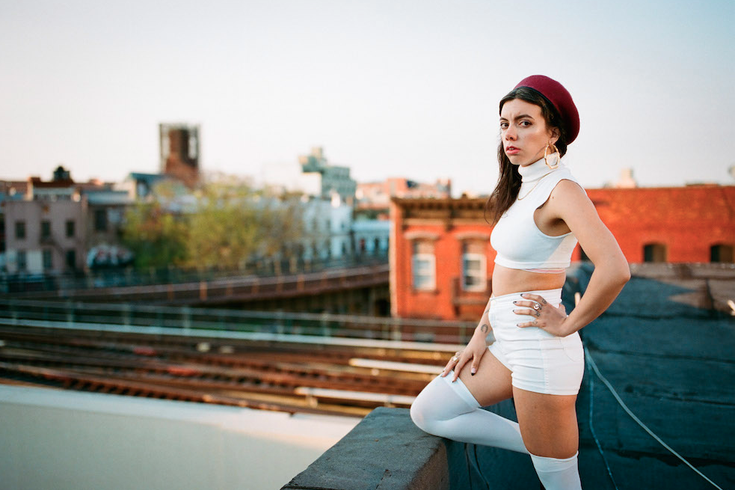 Toronto composer and singer Lydia Ainsworth makes odd, crackling pop music. Ainsworth, a cellist with a soaring voice and classical background, has just followed up her splendid 2014 debut with an LP called “Darling of the Afterglow.” The new record finds her familiarly busy – a polymath with the courage to act on her every whim.

For the last 10 years or so, the Nuyorican singer-songwriter Alynda Segarra has plowed through genres with her band Hurray For The Riff Raff, splaying out her personal history through folk, blues, and country. The band’s latest album, “The Navigator,” is Segarra’s most ambitious yet, folding in new sounds for a wonderfully executed concept record.

This German DJ produces a certain type of low-hanging fruit: EDM collaborations that seem immediately and perpetually primed for radio. Zedd’s latest catapults the nascent Toronto singer Alessia Cara into a spacey anthem called “Stay.” But it’s Tinashe, another R&B star, that co-headlines an outdoor throwdown with Zedd this weekend. Fittingly, Tinashe has an ear for weird electronica in her own music.

The Wikipedia page for the synthpop duo Chairlift already talks about the band in the past-tense. A few months ago, more than a decade after forming their group in Colorado, Caroline Polacheck and Aaron Pfenning announced they were calling it quits. But then they released the best album of their career in “Moth,” and are now sharing an extended, bittersweet goodbye with fans in the form of a send-off tour. Polacheck and Pfenning will continue making music separately, but this is likely your last chance to catch them sharing the same stage.

The elusive Norwegian DJ and producer Cashmere Cat has clocked work for the likes of Kanye West and The Weeknd, but his breakout solo moment is still being molded. His impending debut, “9,” has already enjoyed singles featuring conspicuous A-listers like Selena Gomez, 2 Chainz, MØ, and more. This weekend the “ Wolves” producer holds down a late-night slot at Union Transfer.

John Hall was a songwriter long before he was a Congressman from New York. The Baltimore native helped found the Woodstock band Orleans in the early ‘70s before winding towards a political career and committed environmental activism. After serving two terms in Congress, Hall went back to music full-time in 2011, reuniting with his band a couple years later, and playing solo shows like this weekend’s Earth Day celebration at the Philadelphia Folksong Society.

Local rockers The Morelings have a soft edge. Helmed by the founding duo of Kedra Caroline and Matthew William, the group has swelled to as many as six members, cranking out shimmering, psychedelic sounds along the way.