From local eyesore to community grocery store: the story of West Phillie Produce 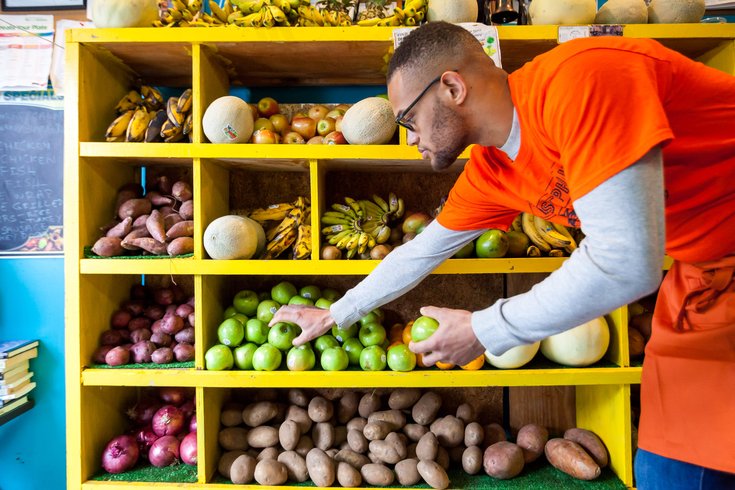 Devante Gray, co-owner of West Phillie Produce selects fruit to be used in a freshly-made juice.

Situated near the corner of 62nd Street within immediate eye shot of the Market-Frankford El, West Phillie Produce is a small grocery store with concrete floors. A pair of small refrigerated units positioned on each side of the store’s interior are bursting with fresh fruits and veggies -- pineapples, kale, romaine lettuce. The store’s founder, Arnett Woodall is holding court upstairs on the building’s second floor which doubles as a community meeting space.

“It’s all about cooperative Black economics. It’s all about creating a model that will employ our youth and economically empower our community,” Woodall says, excitedly laying out the powerful vision behind his seemingly modest grocery store.

“You start small, employing the young people in your neighborhood to help them learn. You use your for-profit businesses to support your non-profit organizations and initiatives. It’s a model that can change our communities! What I’m doing here is social.” 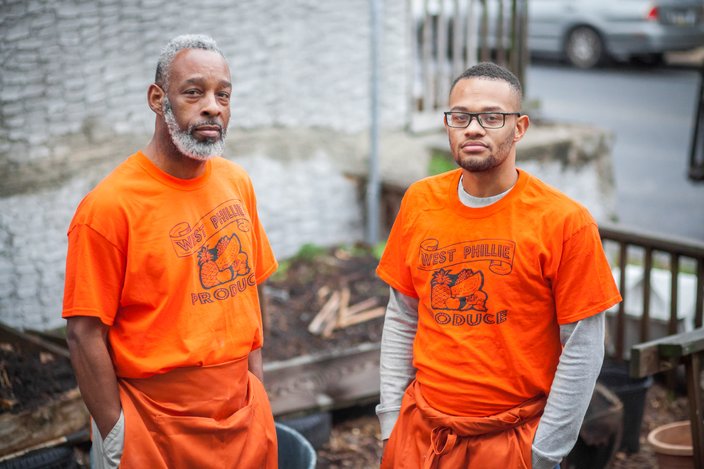 West Phillie Produce CEO, Arnett Woodall, left, and co-owner, Devante Gray, stand in their adjacent garden where they grow many vegetables and offer the community a chance to participate in growing through a co-op program.

Founded in the summer of 2009, West Phillie Produce has been open from 8 a.m. to 8 p.m., seven days a week for the past seven years straight. Far from a typical grocery store, West Phillie Produce is fueled by a radical vision centered around the practice of grassroots community development and cooperative economics. The goal is to use his small business as a neighborhood hub, offering access to fresh, healthy foods. It is a community that is spearheaded by the efforts of one man.

Upon leaving college in the early 80’s, Woodall took a position working with at-risk youth on the campuses of Sleighton Farms school in Glenn Mills, coordinating their farming program. For years, Woodall worked with young people, listening to their struggles with the challenges of growing up poor in the city of Philadelphia while teaching them life skills and urban agriculture. When Sleighton Farms was closed in 2001 Woodall took his life and work in another direction, forming a landscaping business and contemplating ways in which he could go back to his neighborhood and make a contribution.

It wasn’t until a few years later that Woodall had the idea to form what would become West Phillie Produce.

Every day when coming back from landscaping gigs, Woodall would notice open air drug sales taking place in a vacant lot in his neighborhood. Eventually, Woodall would spend over a quarter million dollars of his own money to turn the former vacant lot into the space where West Phillie Produce now lives. 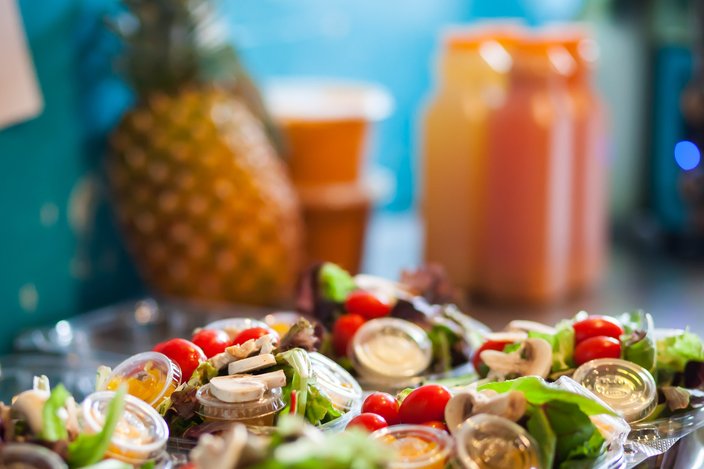 Thom Carroll/PhillyVoice
“Back when I was doing landscaping, I’d ride past this lot on the way to work with the young guys that I hired and we’d see people out there selling drugs," he said. "It used to excite some of the guys to see the drug dealers out there making money because these guys were youth who I had just taken out of that lifestyle. Most of the people coming here to buy their drugs were coming in from Delaware County, and it was just rampant. “

Determined to make an impact, Woodall literally put his money where his mouth is to embark on an ambitious project that would transform a neighborhood eyesore and drug spot into what we now know to be West Phillie Produce.

"Everybody that helped build this store was a person of color from the community. I paired the youth with carpenters, plumbers etc. so they could learn the skills while building the store.” 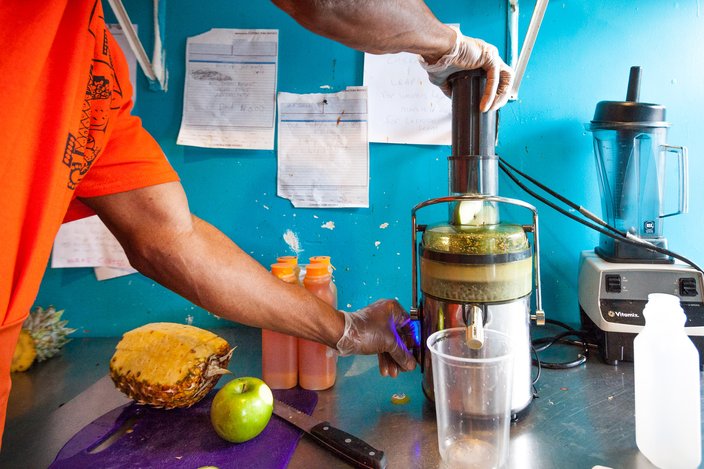 Arnett Woodall prepares a fresh juice from a combination of apples, pineapples and bananas.

After struggling for the first few years that the store was in operation, West Phillie Produce seems to be turning a corner. Gaining traction within the West Philly area and supported by his children and a cast of folks from the neighborhood, the store looks to be steadily growing, adding prepared foods like chicken cheesesteaks and seafood platters to their repertoire, as well as intensifying its already notable efforts toward community engagement and development.

In this sense, West Phillie Produce operates as a hybrid, as the grocery store is linked to a non-profit arm, A & W Community Solutions. Neighborhood youth are employed to work in the store and taught life skills as well as the ins and outs of running a community-based grocery store while adults benefit from small business and entrepreneurial workshops, healthy cooking classes and block clean ups that are coordinated by the store’s staff and community members.

When asked about his hopes for the store’s future, Woodall doesn’t speculate on the distant future and grandiose projects. Instead, he focuses on community improvement through real action and engagement.

“It’s up to us to stand up and do it. We have to build, we have to stop philosophizing about it and do it.“