Where are the Eagles deep, and not so deep, after the 2022 NFL Draft: Defense edition 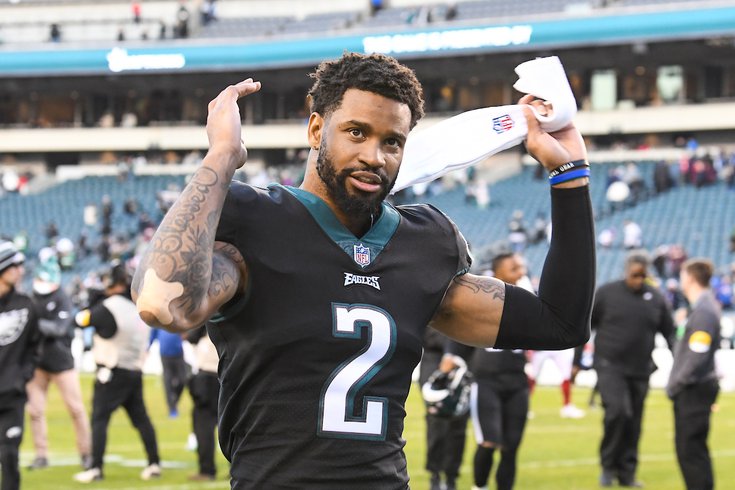 The Eagles have talented starters at cornerback, led by Darius Slay, as well as an intriguing collection of young projects.

While the Philadelphia Eagles could still add a veteran here or there to their roster before the start of the season, it is still probably somewhere around 90-to-95 percent set. Here we'll take a look at each of their positions, and determine where they are strong, and where they still need help.

On Monday we started with the offense. Today we'll look at the defense.

Edge rusher was arguably the Eagles' biggest need heading into the offseason on the premise that Graham is now 34 years old, and Barnett was a free agent (and also a penalty machine). The team signed Reddick in free agency, and they brought back Barnett on a two-year deal.

Reddick had 23.5 sacks over the last two seasons. He'll help the Eagles' pass rush, as will Graham, who is returning from a season-ending Achilles tear.

Are the Eagles in good shape here relative to the rest of the league? A three-down edge defender will continue to be a big need for the Eagles next offseason. For now, it feels like a good, perhaps underrated group.

The Eagles are absolutely loaded along the interior of their defensive line, with Cox, Hargrave, Wiliams, and now Davis. That quartet is a good mix of experience and youth, with a variety of skill sets.

Are the Eagles in good shape here relative to the rest of the league? Is there another team in the league that goes four deep on their interior like the Eagles do? Jonathan Gannon will have the luxury of heavily rotating these guys and keeping them fresh.

There's finally some reason for optimism at linebacker for the Eagles, with the additions of White in free agency and Dean in the draft. If all goes well, they should be the starters. If for some reason one of those guys cannot earn a starting job, then the Eagles still have Edwards, who was by far their best linebacker in 2021.

Taylor has been slow to adapt to the speed of the NFL, but is still a very good athlete worth continued development, while Bradley has become a good special teams player who made the biggest play of the game in a win over the Panthers last season.

Are the Eagles in good shape here relative to the rest of the league? We'll see, but at least now there's some hope, whereas the answer to this question in recent years has been a definitive "no."

Slay, Bradberry, and Maddox are a very good trio of corners, and the team has been consistently adding developmental youth at the position for over a year now.

Are the Eagles in good shape here relative to the rest of the league? We haven't seen much of McPhearson or Scott in games, and we haven't seen Gowan, Vincent, or McCain at all yet in training camp, so it'll be interesting to get a closer look at all of those guys this summer. I'm also curious to see how undrafted players like Jobe, Goodrich and Blackwell play in camp. And then there's Moreland, an experienced fourth-year corner who has played in 37 games, and started seven.

It seems the Eagles' strategy at corner is to get a good look at as many young guys as they can, and see if someone pans out. I kinda like that strategy. In the meantime, they're set at the starting spots.

This is the obvious weakness of the defense. The Eagles had interest in a variety of safeties this offseason, so they're probably still looking for help there, if the right player becomes available.

Are the Eagles in good shape here relative to the rest of the league? They are not.