By Brian A. Saunders
PhillyVoice Staff
Celebrities Will Smith 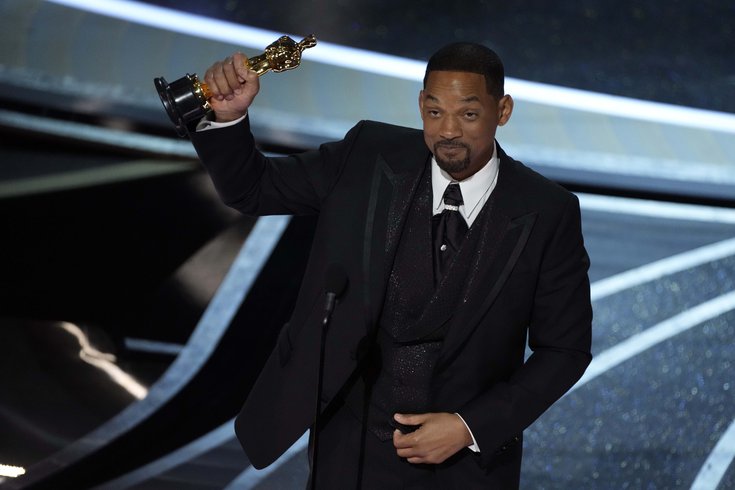 Will Smith sat down with Trevor Noah on 'The Daily Show' to discuss his slap of Chris Rock at the Academy Awards and to promote his upcoming movie 'Emancipation.'

Will Smith mostly has kept himself out of the public eye since slapping Chris Rock at the Academy Awards eight months ago, but he sat down with Trevor Noah on "The Daily Show" on Monday night to discuss the incident and his upcoming movie "Emancipation."

Smith called the Oscars "a horrific night," later adding that his actions do no reflect the person he wants to be. But he also indicated that he had been struggling with some internal battles that evening. To make his point, he gestured to the audience.

"You are sitting next to strangers, you know, and somebody's mother died last week, somebody's child is sick, somebody just lost their job, somebody just found out their spouse cheated, all these things, and they're strangers, and you just don't know what going on with people," Smith said. "And I was going through something that night – not that that justifies my behavior at all."

He added that had bottled up rage for a long time and it exploded that night.

Smith struck Rock on stage after the comedian – who was hosting the Oscars – made a joke about Jada Pinkett Smith's shaved head. Pinkett Smith, who is married to Will Smith, suffers from alopecia, an immune system disorder that causes hair loss. Moments later, Will Smith was awarded best actor for his portrayal of Richard Williams in "King Richard."

In the aftermath, Smith was banned from appearing at any event hosted by the Academy of Motion Picture Arts events for the next 10 years.

"You're asking what did I learn, and it's that we just got to be nice to each other, man," Smith told Noah. "It's hard. And I guess the thing that was most painful for me is that I took my hard and made it hard for other people."

During the interview, Noah repeatedly offered Smith grace for making a mistake.

"I think everybody can make a mistake, but that's not who you are," Noah said.

Smith said he realized the gravity of his actions while coming home from the awards show. His 9-year-old nephew asked him why he hit Rock.

"I was like, it was a mess. I don't want to go too far into it to give people more to misunderstand," Smith said. "I've always wanted to swoop in and save the damsel in distress, and I had to humble down and realize that I'm a flawed human and I still have an opportunity to go out in the world and contribute in a way that fills my heart and hopefully helps other people."

In July, Smith apologized to Rock on a YouTube video, saying "there is no part of me that thinks that was the right way to behave in that moment." Rock has said he is not ready to talk to Smith about the incident.

With "Emancipation" set to premiere in select movie theaters on Friday and on Apple TV+ on Dec. 9, Smith has been on a press tour. Earlier this fall, he made a surprise appearance at Overbrook High School, his alma mater. There, he took selfies with students and looked up his photo in an old yearbook.

"Emancipation" tells the true story of a slave named Peter who escapes a Louisiana plantation and heads north to join the Union Army. In his interview with Noah, Smith described the film as a "freedom movie" – not a slave movie.

Smith added that he hopes his actions at the Oscars do not steer people from the film, because many other people involved with the movie put forth "the best work" of their careers.
"The idea that they might be denied because of me is like, ugh," Smith said. "That is killing me dead. ... I hope that their work will be honored and their work will not be tainted on a horrific decision on my part."