Will Smith to serve as pallbearer at Muhammad Ali's funeral 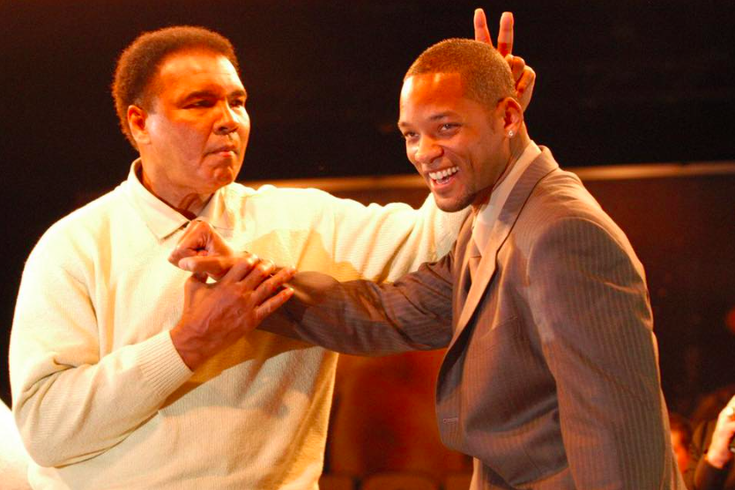 Philadelphia native Will Smith will serve as one of eight pallbearers at Friday's funeral services for boxing legend Muhammad Ali, who died last week at the age of 74.

Smith played the heavyweight fighter in the 2001 biographical sports drama "Ali," earning an Oscar nomination for his portrayal of the champion's highs, lows and worldwide emergence as both a spiritual and political force.

Smith shared his admiration for Ali on Facebook after learning of his death.

At Friday's services in Ali's hometown of Louisville, Kentucky, Smith will be joined by former heavyweight champions Lennox Lewis and six family members and friends. The day will include a procession, private burial and a 2 p.m. public memorial service at the KFC Yum! Center, according to ESPN.

Prior to Friday's events, a Thursday prayer service will be held at Louisville's Freedom Hall Arena.

In interviews after the release of "Ali," Smith said the training and filmmaking process was "the most grueling experience that I've ever been through in my life." Even though he doubted whether he possessed what it took to "become Muhammad Ali," the boxer later called Smith "a perfect actor," adding, "I even thought he was me."