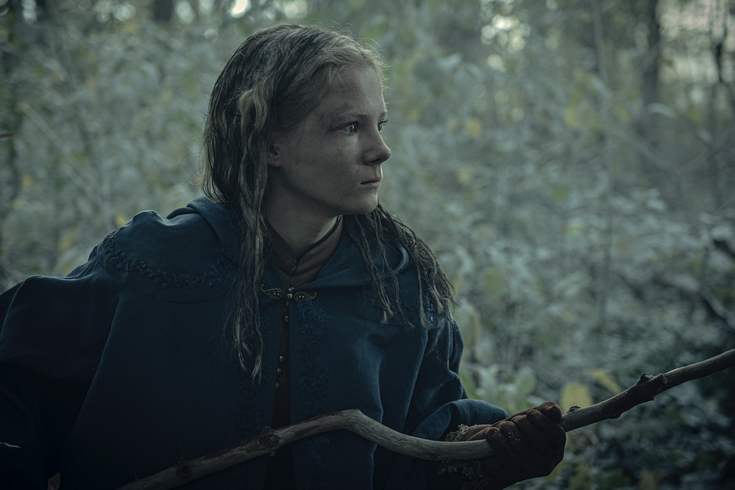 The new Netflix series 'The Witcher' is now available to be streamed. Above, Freya Allan is shown playing Princess Cirilla.

HBO's "Game of Thrones" may be over, but the series showed the fantasy genre could draw massive audiences and have cultural significance. Now, a new crop of fantasy series, many of them on streaming services, are seeking to fill that Westeros-shaped void.

One of the most promising is Netflix's "The Witcher," based on the book series of the same name by Polish author Andrzej Sapkowski, which previously had been adapted as a popular video game series.

Even before its debut Friday, "The Witcher" had been renewed by Netflix for a second season.

PhillyVoice spoke with two of co-stars of the series, Freya Allan and Anya Chalotra, when they visited Philadelphia earlier this month. Both actresses are British. Allan, who most recently appeared in an episode of the "War of the Words" miniseries, plays Princess Cirilla (sometimes known as Ciri), a young princess who gets a quick introduction to the world of magic.

"She has powers. She's also very stubborn, very feisty, she loves to go out and play with the boys on the street," Allan said of her character. "She also really values her voice and the power of choice. She goes on a huge journey this season, she discovered a lot, and really changes by the end of it."

Chalotra, who previously starred on the British shows "Wanderlust" and "The ABC Murders," plays Yennefer of Vengerberg, a warrior and sorceress.

"She is a sorceress, she possesses magical powers that we see her discover in the series," Chalotra said of Yennefer. "We focus a lot on her backstory in the series, as well, and we learn that she suffered a lot, and that that becomes the source of her power. She's a very stubborn character, and we see her go through a transformation."

The two actresses auditioned multiple times to get their roles, they said. Both also said they had no familiarity with "The Witcher" books prior to getting the call to audition for the show. Allan, though, did stop by a bookstore to read a few pages prior to her audition. 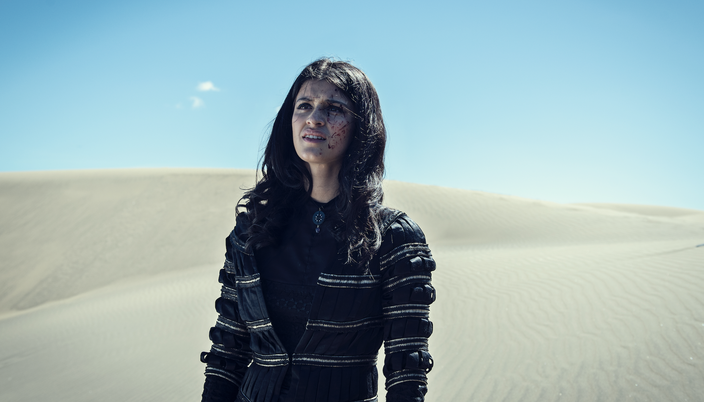 Production of Season 1 of "The Witcher" took eight months, mostly shooting in Budapest but also doing a small number of scenes in London and Poland.

The two actresses both enjoyed working with series star Henry Cavill, who had played Superman in three movies before deciding last year to step away from that role. He was named the star of "The Witcher" around the same time.

"He's such a fan, and he's so passionate about the project, and he's also such great support, especially for me going through this crazy, crazy industry," Allan said of Cavill. "He can offer some really valuable advice for me, and when he's on set, you can really feel that he loves the character and he loves this world. He has that perfect balance of being focused on set, but he can also have a laugh." 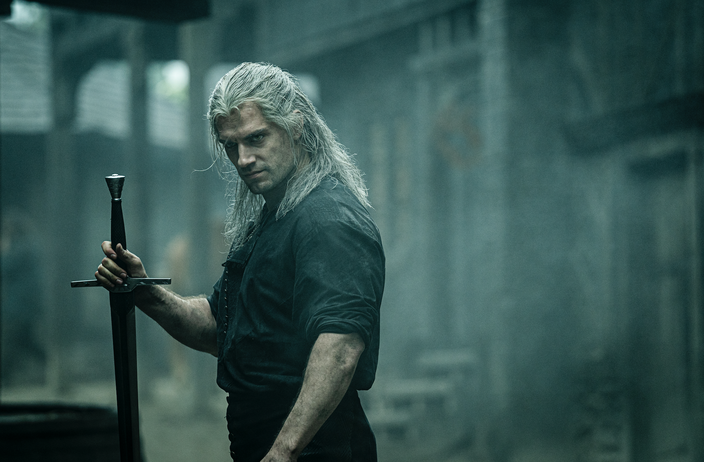 Henry Cavill, formerly star of the 'Superman' movies, is Geralt of Rivia, the monster hunter, in Netflix's 'The Witcher.'

"I was nervous to meet him, especially since it's an important relationship between my character and Geralt, Chalotra said. "But he was so humble and approachable. And because he's a huge fan, and I wasn't at the time and I didn't know about 'The Witcher' and this world, it was just brilliant to pick his brains constantly."

Ahead of the show's Netflix debut on Friday, Dec. 20, the actresses said that they've had mostly positive interactions with fans of the source material on social media. Allan added that her name had surfaced in casting rumors even before she was officially on board.

While Allan's role didn't necessitate a great deal of acting in front of computer graphic setups, Chalotra's sorceress character did.

"It was weird, I hadn't done it before," she said. "But I slowly learned that my imagination can stretch that far, and I really enjoyed it."

While "Game of Thrones" often was criticized for employing too much of a male-dominated creative team, the creator and show runner for "The Witcher" is Lauren Schmidt Hissrich, a former writer and producer for such shows as "The West Wing," "Daredevil" and "The Umbrella Academy."

"I just think she was a great showrunner, (independent]) of the fact that she's a woman," Allan said. "She just happens to be a woman who's a great showrunner ... she's inspiring us, with how she does everything so eloquently and brilliantly."

The series was picked up for a second season last month, indicating that Netflix is happy with the first season and confident about its prospects. The actresses said Season 2 is in pre-production, with shooting scheduled to start in February.

"We want them to invest in the characters and ... the world that we created, and we hope that they can," Allan said. "I want them to escape in this world. Not just us as actors, but there's been so much work that's gone into this."

"The amount of people that worked on it, to create a world so that people can just enjoy, and be invested, and be taken on this journey, I just hope that they can be," Chalotra added.

Season 1 of "The Witcher" is now available to stream on Netflix.