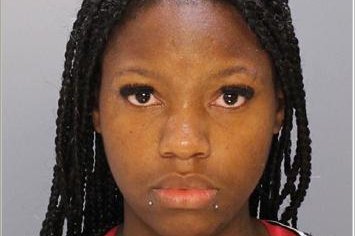 Police have issued an arrest warrant for a woman they say stole $1,400 worth of items from a Center City department store and abandoned her 4-year-old daughter after escaping detention.

Authorities say Mahogany A. Terry, 27, of Strawberry Mansion, was apprehended by security guards at Macy's for theft of merchandise on Feb. 11.

Along with her young daughter, she was taken to a room for processing where she was handcuffed to a bench, police say.

Terry was able to free herself and flee the room, leaving her daughter behind, police say.

The child was initially taken to the Department of Human Services and has since been under the care of relatives.

Anyone with information on Terry's whereabouts is asked to call the Central Detective Division at 215-686-3093 or dial 911.