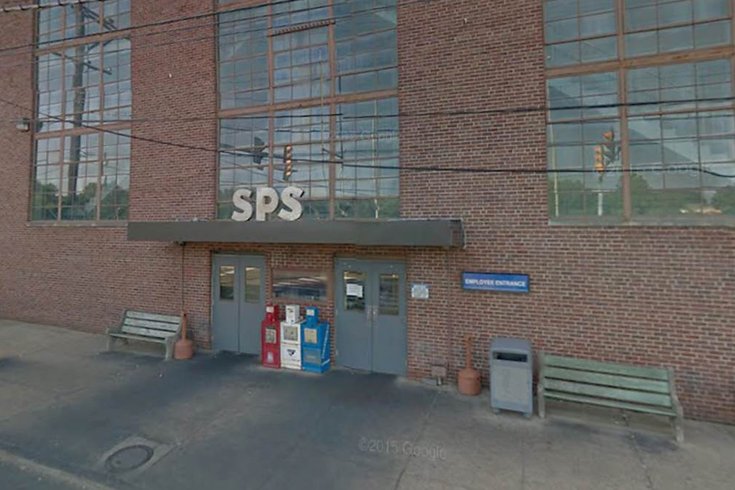 A federal civil rights lawsuit filed by a female employee at a Montgomery County manufacturer that alleges sex discrimination and harassment has taken a step toward trial.

Judith F. Vollmar, of Warminster, Bucks County, claims she was subjected to "severe and/or pervasive sex discrimination and sexual harassment, retaliation" and a hostile work environment at SPS Technologies LLC in Jenkintown.

Except for a period of several months, Vollmar has been employed by SPS since 1989, working in the Jenkintown facility since 1994 as a machinist and then as a production scheduler since October 2014.

Founded as Standard Pressed Steel in 1903, SPS Technologies manufactures high-strength fasteners for use in the aerospace industry. More than 90 percent of the company's workers are men.

Vollmar filed a discrimination complaint with the Equal Employment Opportunity Commission in October 2013. In the lawsuit, filed in April 2015, Vollmar claims that:

• She was asked whether her "carpet matched" her "drapes," referring to her pubic and head hair

• Vollmar, who has red hair, was told that redheads were "firecrackers" in bed and asked whether she was a "firecracker"

• A Penthouse pornographic magazine was left in her workspace

• She was subjected to workplace photographs of women,  including one with the word “PIG” written across it

In a discussion of the legal issues in his order, Pratter wrote:

At least twice in its briefing, SPS engages in stereotyping and notes that the machine shop where Ms. Vollmar works is a "blue collar" workplace, as though that dismissive description should serve as a panacea "pass” for sexist or offensive conduct in the workplace.

SPS further attempts to justify the events and conduct at issue by implying that Ms. Vollmar was a willing participant because she attempted to hold her own by relying on the vernacular of the environment and stating that she was fully capable of telling her coworkers to “get away from her when it suits her.”

Lori Halber of the Fisher Phillips law firm in Radnor, which is representing SPS, did not return a request for comment on the lawsuit.

Vollmar was a machine operator on the first shift between 2008 and July 2013, when she asked her supervisor to move to the third shift. According to the lawsuit, she was trying to avoid a male co-worker who allegedly had a habit of staring at other workers for as long as 15 minutes. Vollmar labeled the way he stared at her as "sexual" and sometimes "aggressive."

When she made the shift change request, the third shift supervisor was Mark Giovinazzo, who Vollmar had been engaged in an on-again, off-again romantic relationship since 2007, which was known throughout the Jenkintown facility. Vollmar began working the third shift.

Around the end of July, Vollmar and the Giovinazzo began seeing each other again. About two weeks later, shortly after Vollmar’s move to the third shift, SPS’s Human Resources department initiated an investigation into whether Vollmar's working with Giovinazzo violated a provision of the company’s code of conduct prohibiting conflicts of interest.

At an Aug. 15, 2013, meeting with company officials, Vollmar denied that her relationship violated the SPS code and stated she and Giovinazzo “were close friends.” She also argued other employees who had violated the policy were not investigated, and she again raised concerns that about the co-worker staring at her during work.

At a meeting four days later with Blake Ray, the plant's director of operations, and then-Human Resources Director Bridget Drelling, Vollmar again denied being in a romantic relationship with Giovinazzo. Once again, she complained of previous instances of harassment and sexist comments.

After that meeting, Ray and human resources personnel were concerned that Vollmar and Giovinazzo were failing to cooperate with the company's investigation, which itself could result in a separate violation of the code of conduct. On Aug. 26, 2013, after the company discovered that Giovinazzo had listed Vollmar as his emergency contact and life insurance beneficiary, both were suspended by SPS pending the outcome of the investigation. When it suspended Vollmar, the company had not yet decided if she had violated the code.

On Sept. 6,  2013, both Giovinazzo and Vollmar were notified in writing that their conduct violated SPS’s code of conduct.

Giovinazzo was terminated for the violation while Vollmar received a final written warning. She returned to work after a 10-day suspension.

On Sept. 11, 2013, Vollmar retained counsel. Subsequently, she filed a sex discrimination charge with the Equal Employment Opportunity Commission and the Pennsylvania Human Relations Commission. The EEOC issued its Notice of Right to Sue on Jan. 23, 2015, and the civil rights lawsuit was filed April 20, 2015.

A final pretrial conference has been scheduled for Jan. 4 before Pratter.